Dave Campbell’s Texas Football 2021 postseason All-Texas College teams include at least one player from each of the 12 FBS programs in the state. The list is headlined by Offensive Player of the Year Frank Harris from UTSA and Defensive Player of the Year Jalen Pitre of Baylor. UTSA head coach Jeff Trayor edged out Baylor’s Dave Aranda for head coach of the year. Alton McCaskill, a running back from Houton, and Tyreek Chapman, a defensive back from Texas A&M, were named freshmen of the year.

The teams are split into a first and second team with 11 players selected on each side of the ball. Players of the year were not eligible for first-team selection, and first-team players such as Xavier Worthy were not eligible for freshman of the year awards. In all, 52 players were included on the All-State teams including two place kickers, two punters, and two returners. Houston’s Marcus Jones – first-team cornerback and returner – was the only player listed twice.

Texas A&M led the way with nine players named to the list, including three on the first-team defensive unit. UTSA and Houston were tied in second with eight players each. Baylor finished with seven. SMU, Texas, and UTEP had four players make the list, while North Texas and Texas Tech managed a pair of nominations. TCU, Rice, and Texas State are represented by one player each.

In addition, eight student-athletes were honored by DCTF as superlatives at their respective positions. 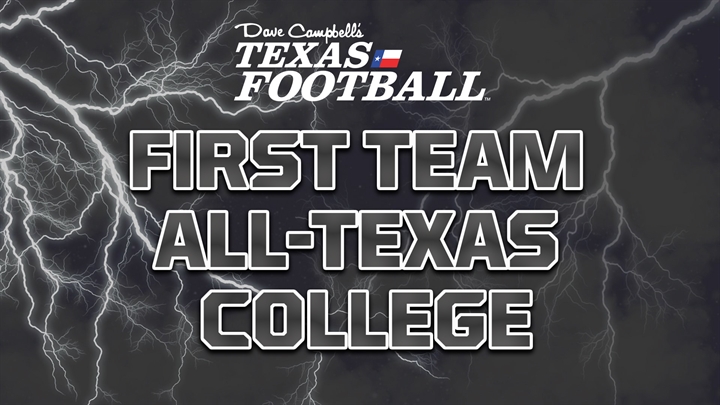 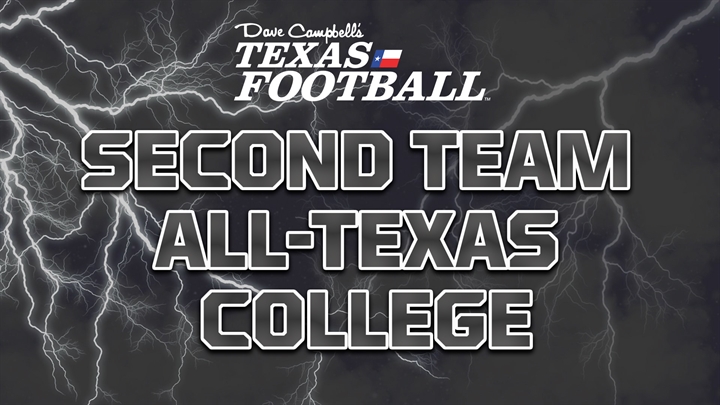