SMU Mustangs defensive lineman DeVere Levelston is a pass rushing specialist from DeSoto and one of the top 50 most important college football players in Texas for 2022.

Levelston was a two-star prospect out of DeSoto in the class of 2019 with only two reported offers – Syracuse and Arkansas-Pine Bluff – on his 247 profile. He wound up at Tyler JC in 2019 for his freshman season and he immediately made an impact by playing in eight games and finishing with 42 tackles, 12.5 tackles for loss, and five sacks. His recruiting profile rose quickly, and he was the No. 48-ranked overall JUCO prospect in the nation in the 2019 cycle. He chose to return home to DFW over offers from Illinois, Minnesota, Virginia Tech, Nebraska, and others.

Levelston played in eight games during 2020, his first year on SMU’s campus. He only recorded six tackles and one sack during the pandemic-shortened season. The DeSoto native bursted onto the scene as a junior in 2021 with 38 tackles and team-highs in tackles for loss (10.5) and sacks (6.5). His sack total ranked second in the AAC. His best performance was an 11-tackle game against Navy.

Not many 6-5, 266-pound interior linemen can strike as much fear in an opposing quarterback’s heart like Levelston. To create that type of consistent pass rush from the interior of the defensive line is invaluable because the worst place to face pressure as a quarterback is in your face. Levelston isn’t just a one-trick pony, though. He can stop the run and is strong at the point of attack. It is his athleticism, however, that makes him such a nightmare for guards and centers. Levelston enters 2022 with plenty of hype. He was named to the All-Texas College first-team by Dave Campbell’s in the 2022 summer magazine. He is also a preseason first-team All-AAC selection by Phil Steele and Athlon Sports.

Ask someone about the recent form of the SMU Mustangs and you’ll likely get an answer about the offensive prowess in Dallas. Levelston hopes to be one of the players who changes that perception. The four-man front instituted by new defensive coordinator Scott Symons should only help Levelston receive more 1-on-1 opportunities as a pass rusher.

He and fellow defensive tackle Elijah Chatman form one of, if not the best defensive interiors at the G5 level. The duo combined for 20.5 tackles for loss and nine sacks in 2021. A repeat of that performance means the Mustangs are humming on the defensive side of the football. Quietly, the SMU defensive line is a real strength for first-year head coach Rhett Lashlee heading into 2022. With question marks in the secondary, a dominant defensive line could be the remedy. 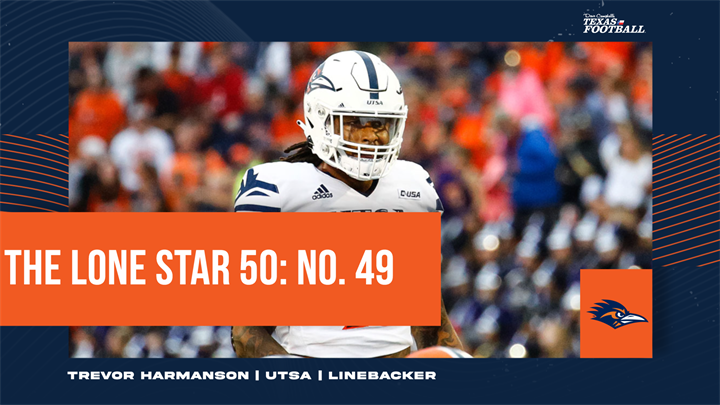