The Lone Star 50: No. 16 Xavier Worthy poised for All-American status as a sophomore

Worthy was a late addition to Texas’ 2020 class – the first for head coach Steve Sarkisian. The four-star wide receiver from California was a long-time commitment of Michigan. He was a top-100 prospect in the country and one of the top-10 players out of California in that cycle. His senior season was cancelled due to COVID-19. Worthy caught 55 passes for 992 yards and 16 touchdowns as a junior.

Worthy emerged as Texas’ best pass catcher as a true freshman. He started all 12 games, ending the year with 62 receptions for 981 yards and 12 touchdowns – all three are true freshman records at Texas. He was named All-Big 12 First Team and was selected as the Big 12 Offensive Freshman of the Year.

The 6-1, 163-pound Worthy is a silky-smooth route runner who is seemingly always open. He possesses great hands, tremendous short-range quickness, and the top-end speed to race past defenders for long gains after the catch. He’s on the skinny side, but so was Heisman Trophy winning wide receiver DeVonta Smith and Sarkisian’s offense helped him become an All-American who was drafted in the first round by the Philadelphia Eagles. Worthy is also a future first round draft pick thanks to a similar skill set.

Worthy impressed despite Texas not fielding many other options at wide receiver and with quarterback woes. His numbers should only grow with a better supporting cast and more talent at quarterback. Texas brought in former five-star recruit Quinn Ewers after one season at Ohio State to jump start the passing attack. The Longhorns also added transfer wide receiver Isaiah Neyor to an already improved offensive depth chart. Worthy is sure to demand double teams, which should only make life easier for Neyor, Jordan Whittington, and tight ends such as Ja’Tavion Sanders. 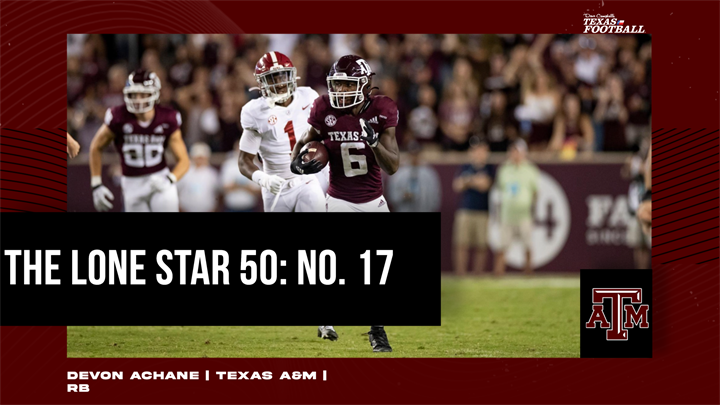