The Lone Star 50: No. 26 Taylor Grimes is a weapon for Incarnate Word

Grimes was a four-year starter at Godley High School before beginning his college career at Illinois State. He caught 64 passes for 1,350 yards, added 750 more on the ground on 96 carries, and accounted for 34 total touchdowns as a senior in high school. He also starred as a baseball player and as a member of the track team. Grimes played in five games during his freshman year at Illinois State in 2018. Grimes moved into the starting lineup as a sophomore in 2019 and started the first four games before suffering a season-ending injury.

Grimes, and his Illinois State teammates, couldn’t play the 2020 season until the spring of 2021. He played in all four games of the 2021 spring season, averaging 20.2 yards per catch and scoring once. He decided to transfer to UIW prior to the fall 2021 season and he immediately became a big-play target for star quarterback Cam Ward. Grimes led the Cardinals with 87 receptions, 1,145 receiving yards, and 16 receiving touchdowns. He had six games totaling over 100 yards receiving and three games where he scored at least three touchdowns.

Grimes was seemingly uncoverable in his first season at UIW. He was a second-team NCAA FCS All-American and was the Southland Newcomer of the Year. He’s quick in tight spaces, which allows him to create enough separation to win short routes. He’s also athletic enough to threaten opponents in the intermediate and vertical passing game. He’s a sure-handed receiver who will once again be the no. 1 target for the UIW passing attack. He broke multiple UIW records in his first year on campus, including single season receiving yards and receiving touchdowns. He caught a school record four touchdowns in a game against Nicholls State University and set more single game records with 12 catches for 193 yards in a game against Southeastern Louisiana.

UIW is breaking in a new quarterback and a new offense with former head coach Eric Morris and star quarterback Cam Ward moving to Washington State. The Cardinals should be good at passing the ball under the new regime, however, with former quarterback G.J. Kinne at the helm. Grimes provides the new quarterback with an experienced, reliable weapon. Grimes is one of the best wide receivers at the FCS level. 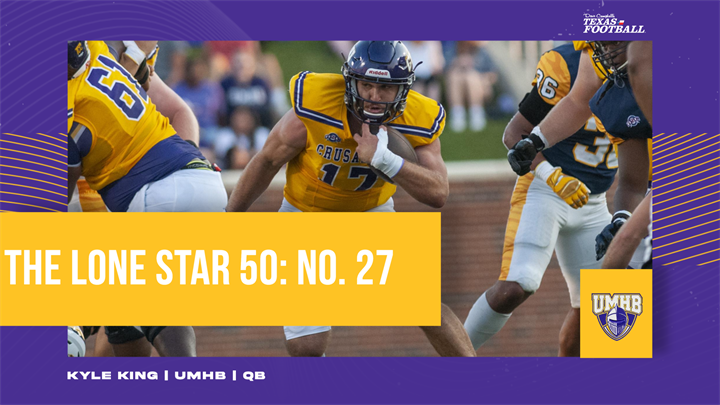