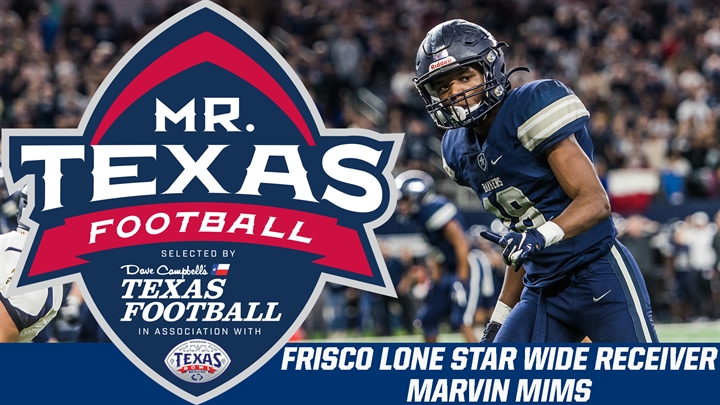 HOUSTON – Dave Campbell’s Texas Football, the leading publication for all things football in Texas, and the Texas Bowl proudly announce the 100-player Watch List for the Mr. Texas Football High School Player of the Year Award. The voters, when appropriate, will add players to the watch list.

The 2020 Bowl will once again feature a matchup between Big 12 and SEC opponents. The 2019 Texas Bowl, which was among the top-5 most-attended bowls in the country for the sixth consecutive year, featured the Texas A&M Aggies, representing the SEC, and the Oklahoma State Cowboys, representing the Big 12. The Aggies edged the Cowboys, 24-21, in a hard-hitting thriller. Overall, the Texas Bowl has ranked fifth in attendance since 2016, trailing only the Rose, Cotton, Fiesta and Peach Bowls in that time.

For more information on the Mr. Texas Football Award, visit www.thetexasbowl.com or www.texasfootball.com.

About the Texas Bowl

The Texas Bowl is owned and operated by ESPN Events, a subsidiary of ESPN, and managed locally by Lone Star Sports & Entertainment. The Bowl has showcased teams from the Big 12 and the SEC, two of the country’s premier conferences since  2014. The Texas Bowl has been a tremendous success both on and off the field over its first 14 years as it is the 5th most-attended bowl in the country since 2016. The bowl generates over $40 million annually for the Houston economy and has donated more than $1,200,000 in financial support and millions more in promotional support to DePelchin Children’s Center, the bowl’s official charitable beneficiary.

For more than 60 years, Dave Campbell’s Texas Football has been “the bible” to millions of football fans across the Lone Star State. The annual summer edition of the magazine remains a rite of passage for all Texans, previewing every football team in the state — from the rabid world of Texas high school football, through the college ranks, and into the Dallas Cowboys and the Houston Texans. Over the course of six decades, Dave Campbell’s Texas Football remains the undisputed leader in Texas high school football, Texas college football and more.

TexasFootball.com is the online home of Dave Campbell’s Texas Football, covering high school football, college football and recruiting all across the Lone Star State. From thought-provoking commentary to videos to podcasts to its daily live show, nobody covers football in Texas like TexasFootball.com.

Past winners of the award: