Congratulations to Highland Park's Karen Krasovec and Berkner's Stephanie Bryant and Lynne Darden on being the recipients of the Community Helper Appreciation Awards presented by North Texas Honda Dealers. Thank you for being helpful in your community!

Congratulations to Dr. Cynthia Webber of Saginaw High School on being the recipient of the Community Helper Appreciation Award presented by North Texas Honda Dealers. Thank you for being helpful in your community! 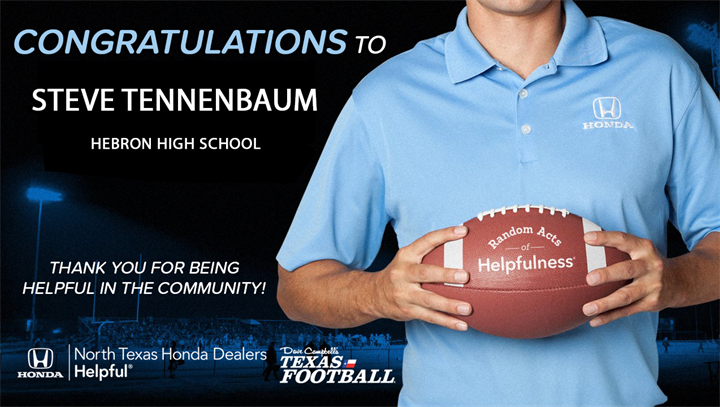 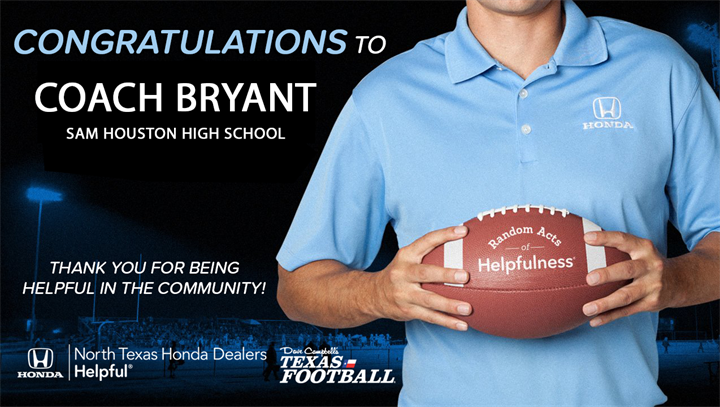 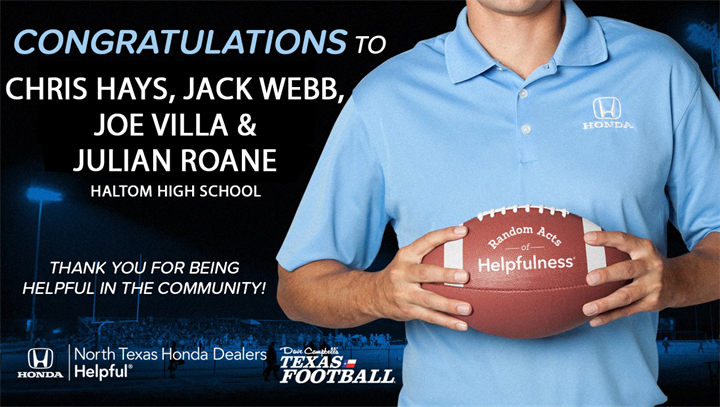 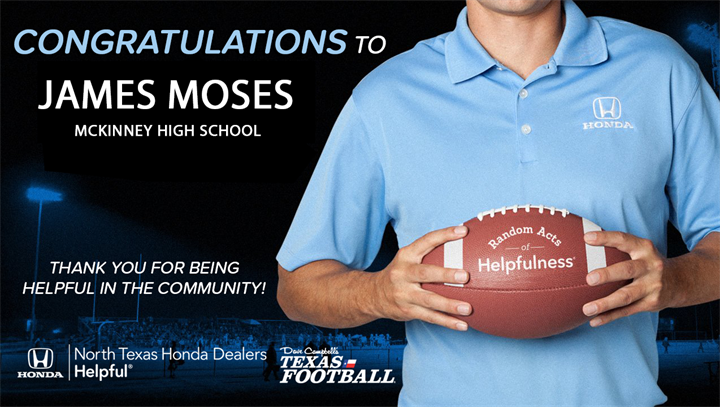 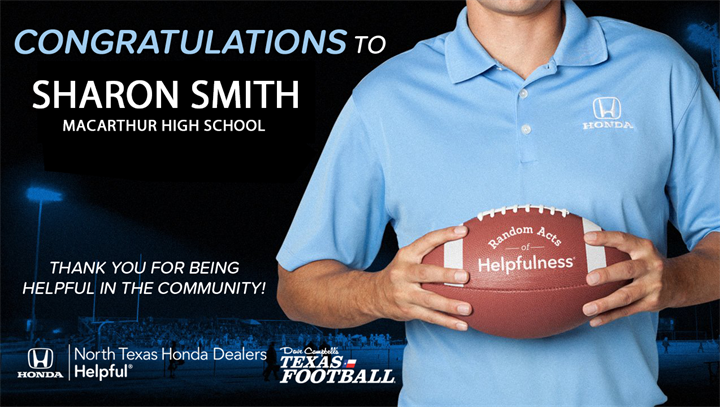 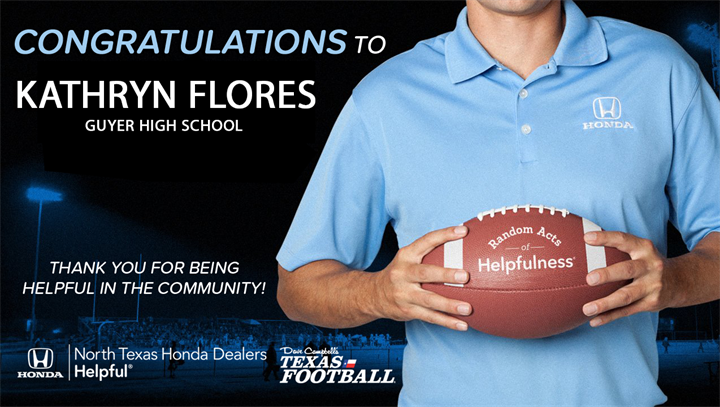 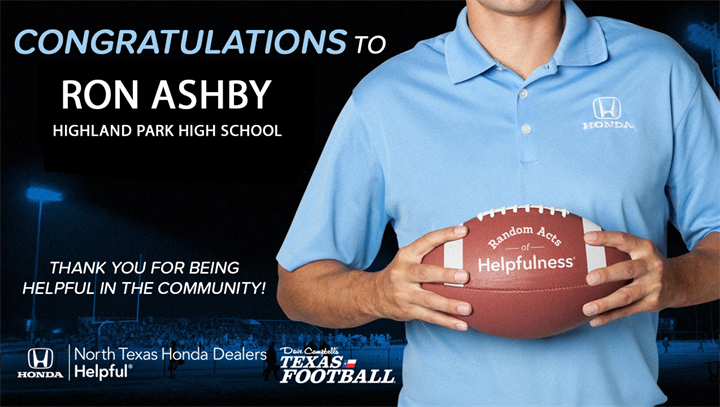 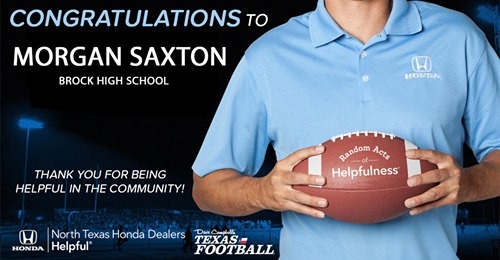 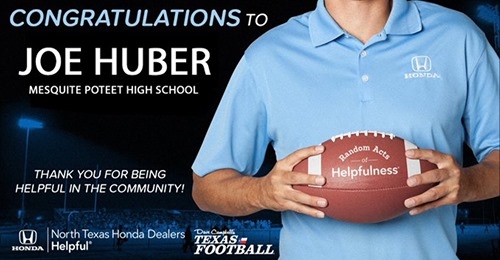 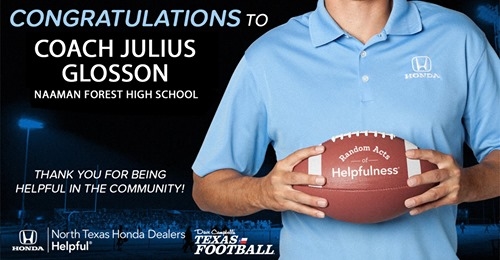 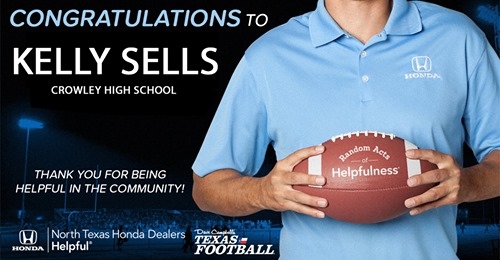 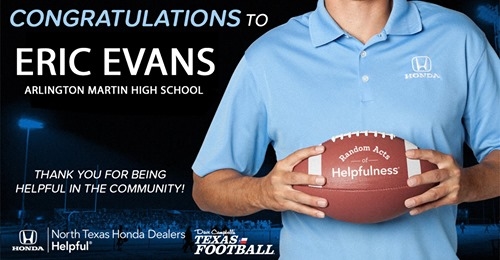 Alan Cooper, the general manager of Lute Riley Honda, joined us on Texas Football Today to talk about DCTF's and North Texas Honda's second season of the Helpful Honda partnership!

Watch: Rob Tharp of North Texas Honda visits to talk about a fun partnership with DCTF 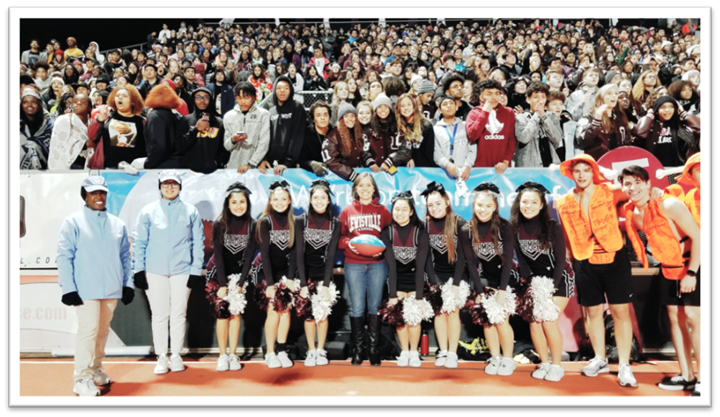 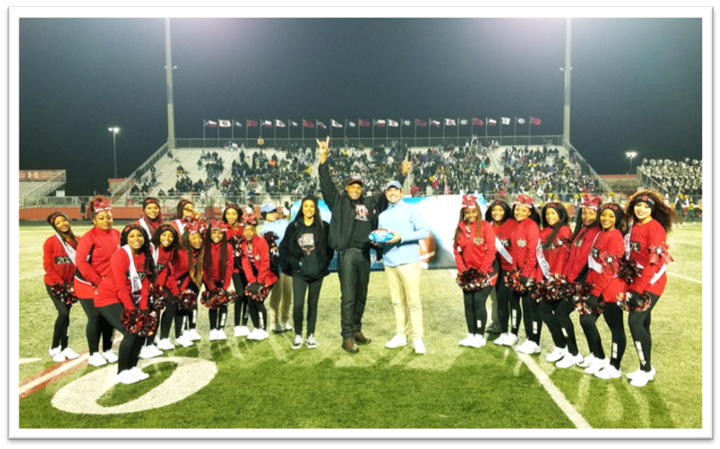 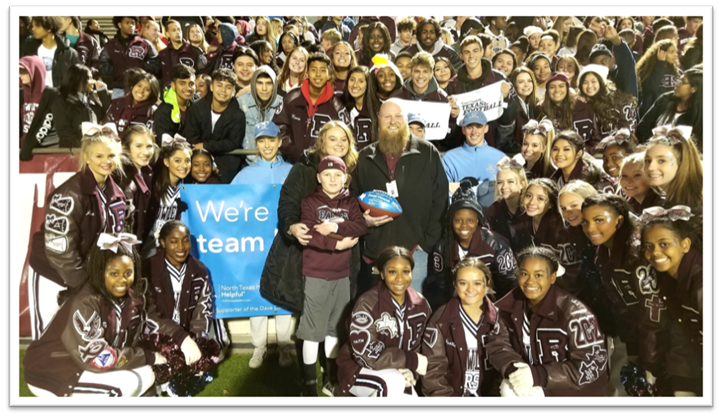 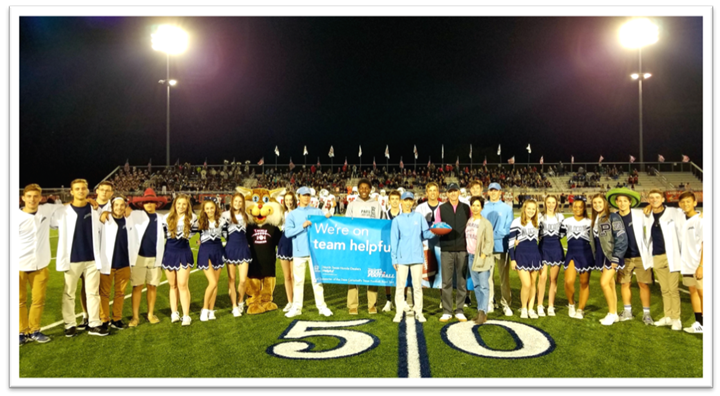 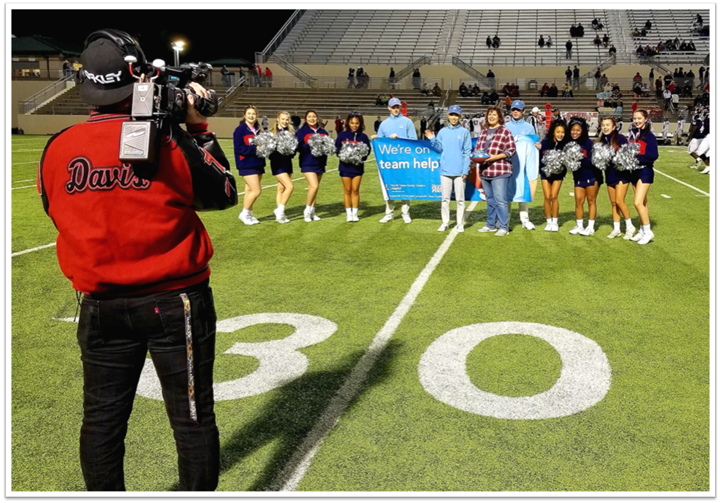 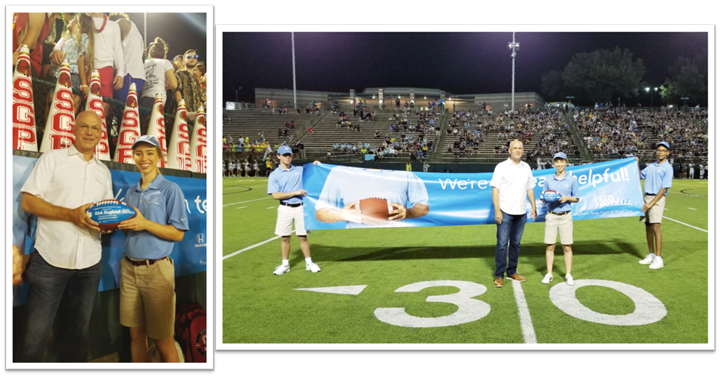 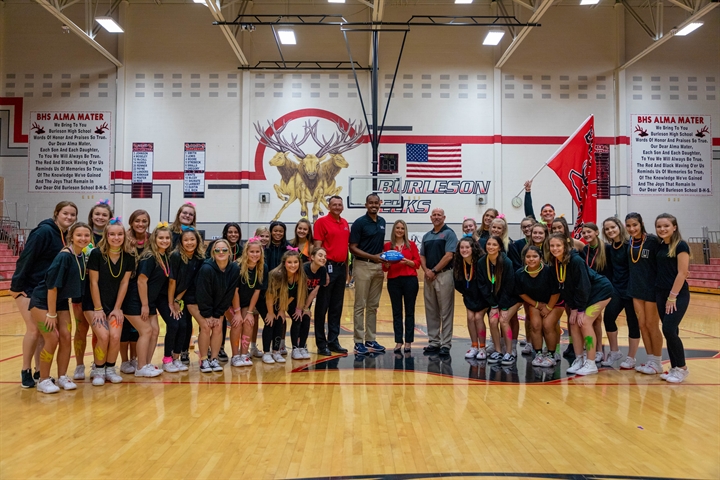 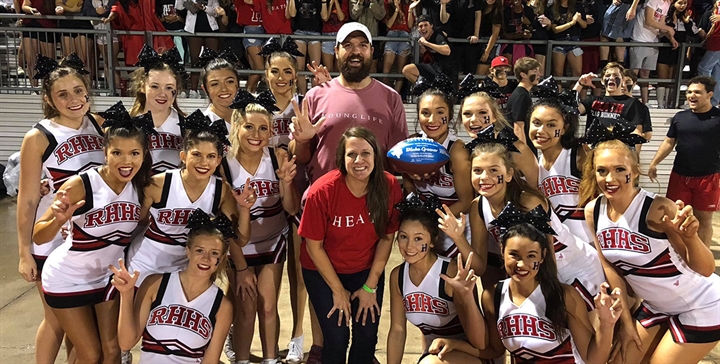 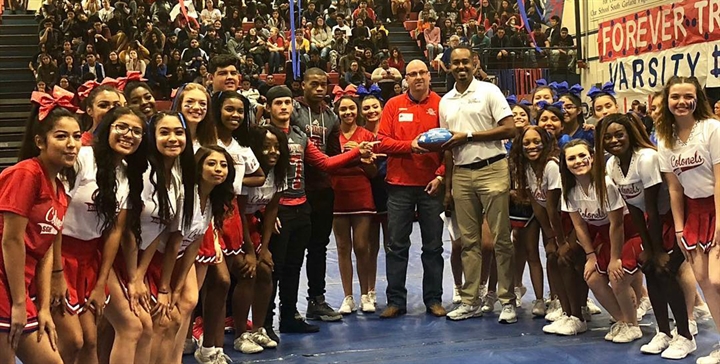 Why Honda and Dave Campbell's Texas Football are recognizing these amazing people: