The Allen Eagles will be on their third head coach in as many seasons when the 2022 season kicks off as head coach Chad Morris has resigned his post after one roller coaster season leading the Eagles.

The Allen Eagles will be on their third head coach in as many seasons when the 2022 season kicks off as head coach Chad Morris has resigned his post after one roller coaster season leading the Eagles. The rumblings of Morris’ departure had been rumored for a couple of weeks as spring football for the Eagles wrapped up Thursday night.

In a press release sent out by Allen ISD Coach Morris said, “I am so thankful to Allen ISD for the chance to work with an amazing group of student athletes and a dedicated coaching staff.”

Morris in his lone season at the helm led Allen to an 11-3 record, Allen lost their first ever game at Eagle Stadium to Humble Atascocita and lost a district game as well, but they got hot late in the year advancing all the way to the regional finals before falling to Southlake Carroll. 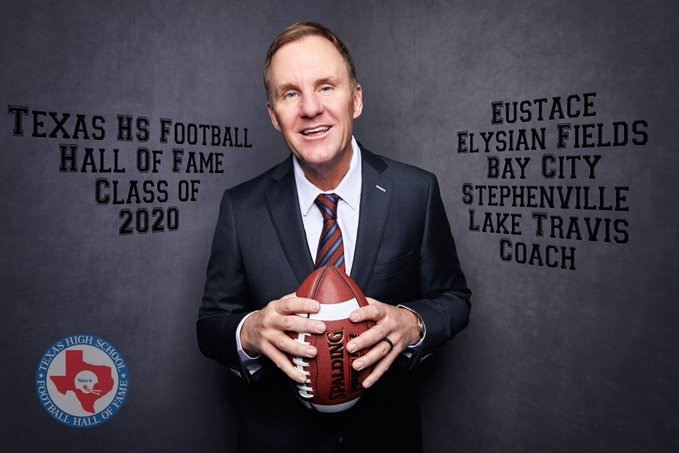 There’s been an unusual amount of coaching turnover in Allen over the past year with the multiple assistant coaching changes, a major departure from the stability on Allen’s staff during the Tom Westerberg/Terry Gambill days. In

In addition to the coaching changes, earlier this off-season five-star DE David Hicks transferred to Katy Paetow, where his father was hired as the defensive coordinator at Paetow after spending one season in Chad Morris’ staff.

The big question for Allen will be where do they go from here as they try and land a new head coach in the middle of May after their team has gone through spring football, but does AISD once again try and land a “home-run hire,” or do the stay internal for this hire with the timing being so late. As for Chad Morris, is a return to the college game imminent? Morris’ name has been linked to a couple of assistant jobs at the college level, so it’s likely if he is coaching in 2022, it’ll be at the college level.