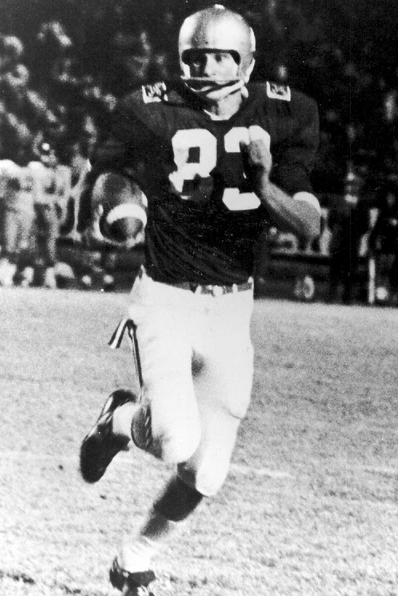 In an era of wishbone running attacks, sure-handed receiver Richard Osborne was ahead of his time. He teamed with quarterback Tommy Kramer to form a lethal pass-catch duo, helping San Antonio Lee win the Class 4A state title in 1971. Osborne caught 86 passes for 1,429 yards and 13 touchdowns to earn all-state, all-America and the Texas High School Player of the Year honors as a senior. In the ’71 state final against Wichita Falls, Osborne hauled in six passes for 138 yards and the winning touchdown, and also returned the second-half kickoff 86 yards for a score. After high school, Osborne went on to star at Texas A&M, earning All-Southwest Conference honors as a senior, and played five seasons for three different NFL teams.