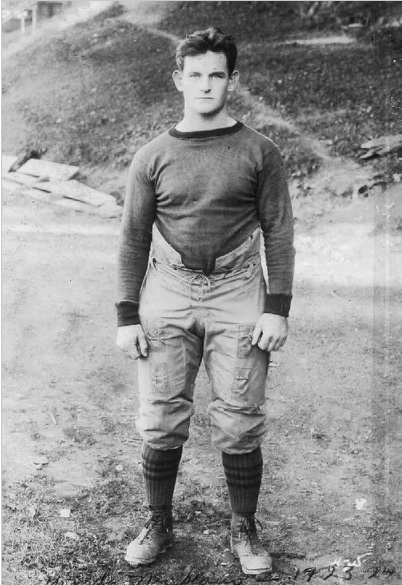 Nicklaus was a versatile, all-purpose back on Amarillo’s first high school football teams of the early Twenties. Nicklaus captained the 1922 and 1923 teams. His off-tackle smashes helped Golden Sandstorm to many victories. In 1923, Nichlaus’ defensive play helped his team tie archrival Pampa, 3-3 and 9-9. In their third meeting that year, Nichlaus and his brother intercepted enough Pampa passes to pave the way to a 23-6 victory. Nicklaus also sparkled in baseball and basketball. He had scholarship offers from many schools, but chose Texas Tech, which was starting a new program. He was captain and standout back for the Matadors (later changed to Red Raiders), though he is most proud of his 41 years as an educator. Nicklaus was voted “Amarillo Man of the Year,” is in the Panhandle Sports Hall of Fame, the Texas Tech Hall of Honor, and Amarillo Hall of Fame.