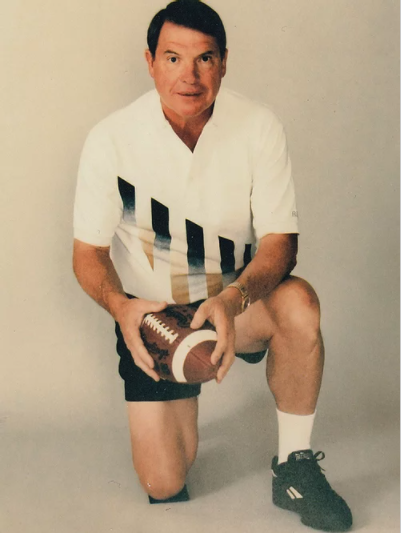 Stapler began his coaching career in 1956 in Winters, Texas, after graduating from McMurry University as a three-time All-Texas Conference lineman and spending a year in the Army. He was head coach at Winters in 1958-59 before moving to Conroe High as an assistant in 1960. He became head coach in 1969, and in 11 seasons led the Tigers to six district and three bi-district titles, never finishing worse than second in district. Stapler took over at Sweetwater in 1980 and led the Mustangs to the state semifinals in 1984 and the Class 4A championship a year later. After making the playoffs in his only season at Fort Worth Boswell, he jumped to Andrews in 1987 and produced four playoff teams in eight seasons, reaching the quarterfinals in 1993. After a brief "retirement," he accepted the job at Carlsbad, N.M., then agreed in 1995 to try to revive the program at Brownwood. After a 1-8-1 first season, the Lions went 10-1 in 1997 and won district. Stapler retired for good after the season with a career mark of 225-92-8. Coach Stabler was very good at hiring talented assistant coaches such as state champion coach John Walsh and coach Art Briles of Baylor.