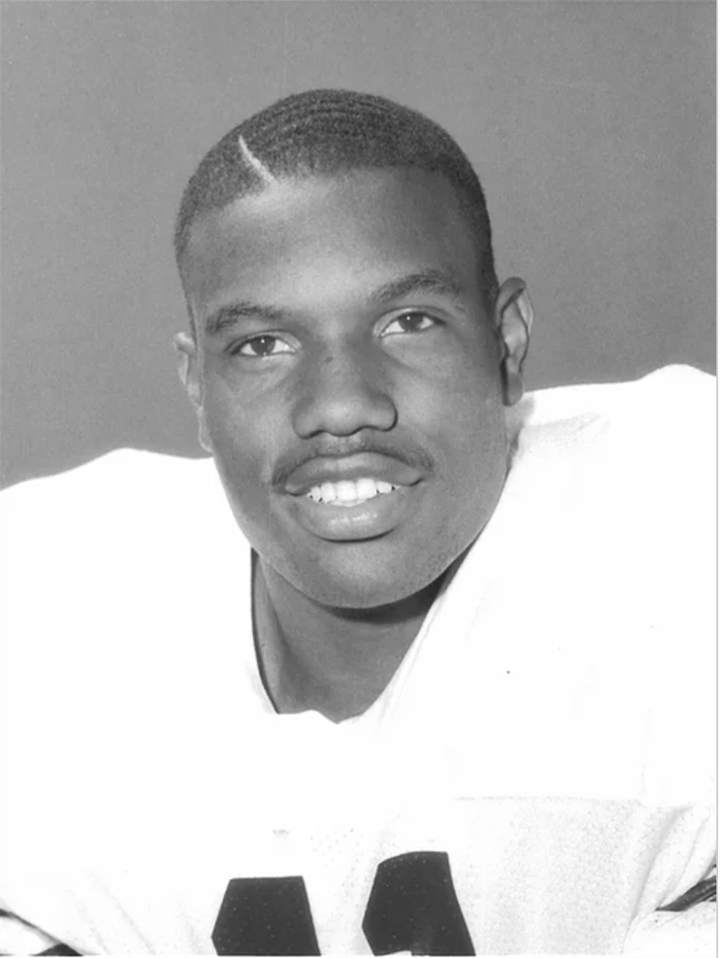 Thomas led a “rebuilding” Amarillo Palo Duro team to a district title at 10-1 in 1986 in his only year as starting quarterback, and earned Class 5A first-team all-state honors at safety. Recruited by Texas A&M as a defensive back, defensive coordinator Bob Davie moved him to linebacker two years later, and he responded with two all-Southwest Conference seasons. As a senior, he had 96 tackles and 13 sacks to earn consensus all-SWC honors and was named defensive player of the year by the FORT WORTH STAR-TELEGRAM. Drafted by the Philadelphia Eagles in the fourth round in 1991, he became a starter as a rookie and earned a reputation as one of the NFL’s top coverage linebackers. In 11 seasons, the two-time Pro Bowler had 37 sacks and 27 interceptions -- tops among linebackers over that period -- and was named defensive MVP by his Eagle teammates three times (1995-97).