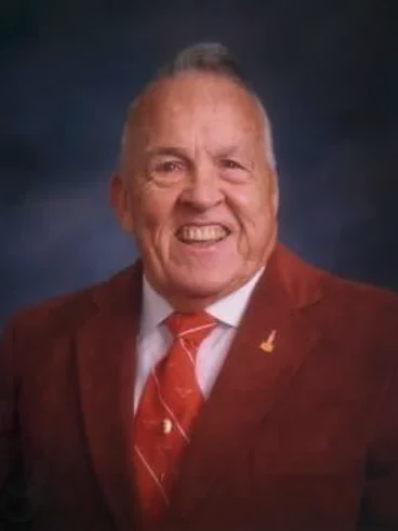 Longtime sporting goods dealer Rooster Andrews was one of the state's best-known supporters of high school sports. A 1941 graduate of Dallas Woodrow Wilson, he began his career in athletics as a team manager for the Texas Longhorns football team in 1941-45. Though he never played a down of high school football, he drop-kicked several extra points for the Longhorns, and completed a memorable pass to Bobby Layne on a fake kick in Texas' Cotton Bowl win over Missouri in 1946. Following graduation, he spent 24 years with C&S Sporting Goods in Austin as a salesman and eventually president, and later more than two decades as owner of Rooster Andrews Sporting Goods, which became an Austin institution. A close friend of Texas coaching legend Darrell Royal, Andrews in the 1960s originated the Longhorns logo that has adorned UT's football helmets ever since, becoming one of the nation's most recognizable athletic trademarks. In the early 1980s he established a job placement center at the THSCA's annual football coaches convention, and twice received the group's Distinguished Service Award. Andrews was given the Doak Walker NFL Alumni Award in 1987 for contributions to football. He died on Jan. 21, 2008, at age 84. 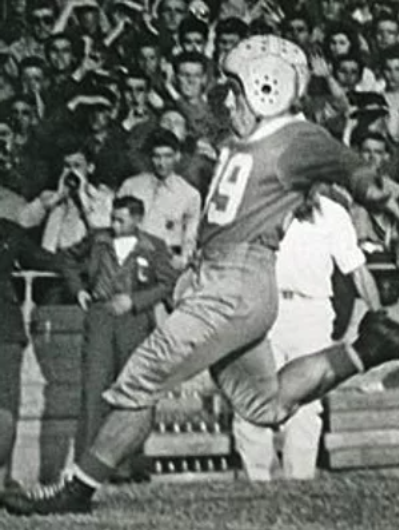