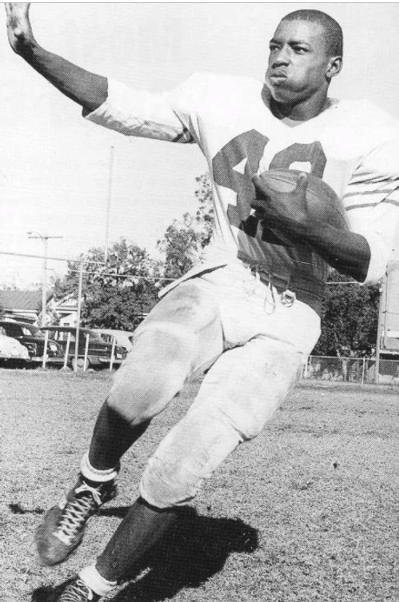 Known as "Wondrous Warren" when he starred for San Antonio Brackenridge, the 5-feet-9, 170-pound McVea had 9.5 speed in the 100 and great change of pace. He scored 591 points in his high school career and played a feature role in what many still consider the greatest game in Texas high school history, rushing for 215 yards and scoring 38 points in a 55-48 playoff loss to Linus Baer and .Harold Ratliff, Associated Press Sports Editor selected McVea in 1968 as the best high school runner he had ever seen. A panel of Texas Sportswriters voted McVea the States Top High School Runner of the 1960’s. McVea had 9.5 speed for the 100 and a fantastic change of pace. In one game he rushed 215 yards and scored 38 points, yet his team lost 55-48. Warren scored 591 points during his career at Brackenridge. Offered scholarships by 74 schools in 1964, he signed with Houston, becoming the first black athlete to play for the Cougars. The two-time all-American set a school record with 3,009 career all-purpose yards, including a record 99-yard touchdown reception against Washington State in 1966 in the first football game ever played on articiial turf. McVea went on to play six NFL seasons with Cincinnati and Kansas CIty, where he had 2,552 all-purpose yards and 13 TDs, and earned a Super Bowl ring in the Chiefs' 23-7 win over Minnesota in 1970. 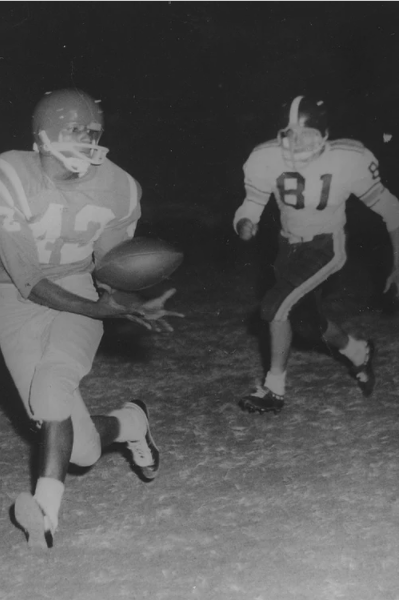 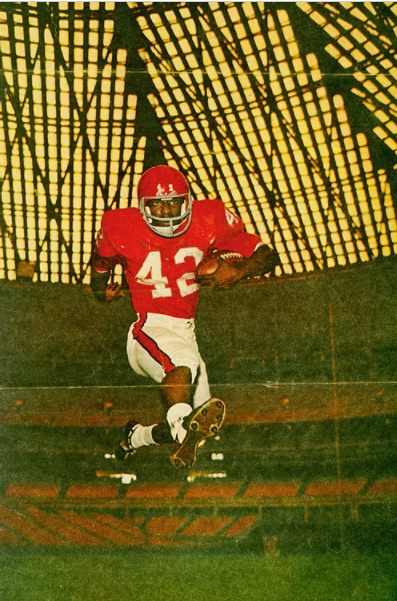