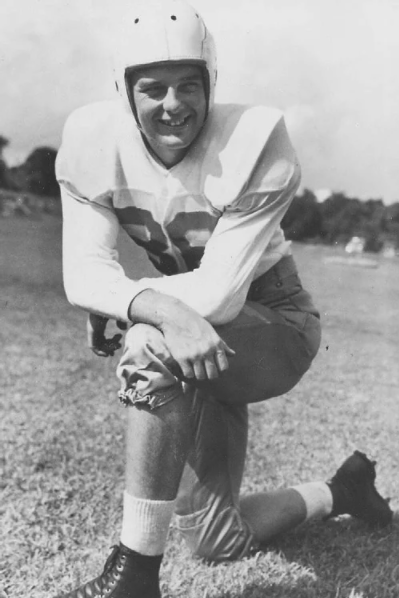 Scott was an all-state end for the 1938 Tyler team that eliminated Lufkin before falling to Temple on penetrations in the state quarterfinals. He went on to play for coach D.X. Bible at Texas, where he was a member of the 1941 Longhorn team that earned the first no. 1 national ranking in school history and appeared on the cover of LIFEmagazine. Scott was a co-captain on the 1942 squad that beat Georgia, 14-7, in the 1943 Cotton Bowl – the school’s first bowl appearance. In 1951, along with Frank Erwin, he founded the Longhorn Club, forerunner of the Longhorn Foundation.