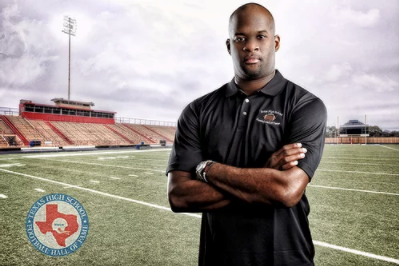 Passed for 3,819 yards, 59 TDs as senior in 2001, earning 5A Player of Year honors in Texas as well as national POY recognition from Parade and School Sports magazines. Led Marlins to state semifinals, where he threw for 400 yards and 5 TDs (on 18-of-30) and ran for another 92 yards, TD in 48-42 loss to Austin Westlake. Three-year starter and Texas Football Super Team member finished high-school career with 12,987 yards of total offense. Named top high school prospect in nation by The Sporting News, he signed with Texas and in 2005 led Longhorns to first national title in 35 years, culminating in a 41-38 win over top-ranked Southern Cal in the Rose Bowl. Passed for 267 yards, ran for BCS-record 200 yards and 3 TDs, including 9-yard score on fourth down with 19 seconds left to end Trojans' 34-game winning streak. Finished second to USC's Reggie Bush in the Heisman Trophy vote, and became the first UT quarterback to earn consensus all-American honors.