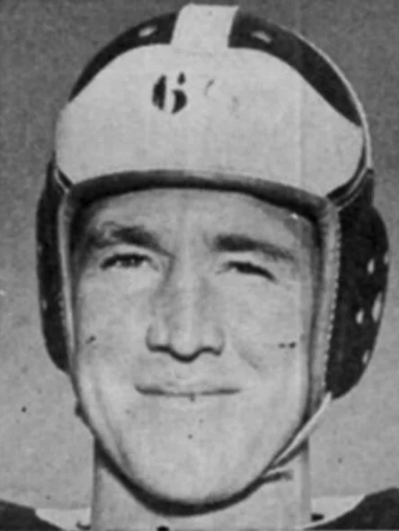 Vaughn was an outstanding 156 lb. center and linebacker for coach Pat Cagle at Brownwood High School. His 1935 team had a 7-2 record and narrowly lost the district championship to a John Kimbrough led Abilene team. In 1936 Vaughn and fellow hall of famer, Jim Thomason, led Brownwood to a 6-4 record in the tough “Oil Belt Conference”. Vaughn continued his career as a center/linebacker at Texas A&M from 1938-1940. He was a member of Texas A&M teams that won SWC titles in 1939 and 1940 and won the National Championship in 1939. In 1994 Vaughn was selected to the Brownwood High School All-Time Team at two positions – center and linebacker. In 1995 he was selected to the Texas A&M All-Time Team 1915-1945 by Dave Campbell’s Texas Football Magazine. Vaughn was also chosen for the Gordon Wood Hall of Champions in 2000.