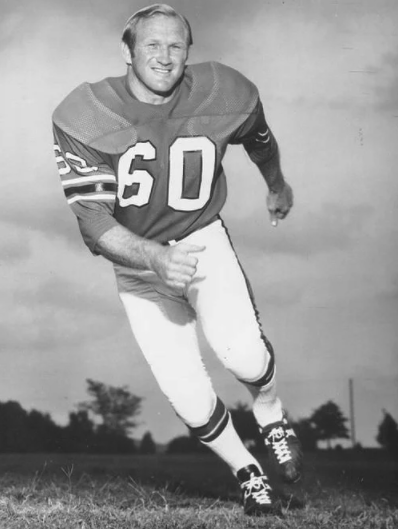 Dubbed “Big Red” by sportswriters, the carrot-topped Nobis often had opponents seeing red with his hard-hitting play at linebacker. Nobis averaged 15 unassisted tackles a game as a senior with Jefferson, receiving All-District, All-City and All-State recognition. In 1970, Texas Football voted Nobis the top prep lineman of the 1960s, and 28 years later the publication chose Nobis for its All-Time Texas High School Team as well. Nobis was just as fearsome in college, starring for three seasons at guard and linebacker for the Texas Longhorns. He was a two-time consensus All-American, won both the Maxwell and Outland awards as a senior, and was later named to Sports Illustrated’s College Football All-Century Team. The Atlanta Falcons’ No. 1 draft pick in 1966, Nobis played in five Pro Bowls in 10 seasons with the club – earning the nickname “Mr. Falcon.”