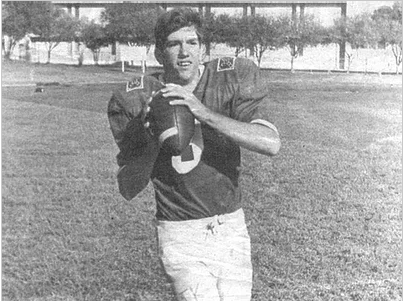 In the pantheon of Lone Star State signal-callers, Kramer ranks among the very best. As a junior at Lee in 1971, he passed for a then-state record of 2,731 yards and 26 touchdowns as the Lee Volunteers went 14-0-1 and won the Class 4A state championship. As a senior, he added 2,588 passing yards and 28 touchdowns as Lee put together a perfect regular season before being stopped by Baytown Sterling, 21-20, in the state semifinals. A two-time all-state selection, Kramer graduated high school as the state’s all-time passing leader and was tabbed as the Texas High School Player of the Year as a senior. Years later, Texas Football magazine voted Kramer the outstanding prep quarterback of the 1970s. A two-time All-American at Rice, Kramer went on to star for the Minnesota Vikings for 14 seasons before retiring in 1990.