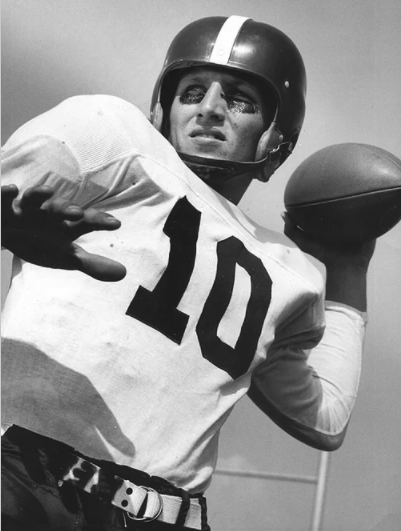 Stolhandske played center as a Baytown sophomore, but switched to fullback for his last two years and earned all-state and all-South honors as a senior in 1948. He was also a standout linebacker on defense. Switched to end at Texas, he led the Longhorns in receiving as a senior (30 catches for 519 yards in 1952), earning all-SWC and all-America honors. He was named to the Longhorn Hall of Honor in 1976. Drafted in the first round by San Francisco as a linebacker/defensive end, he spent a year with the CFL's Edmonton Eskimos and a year with 49ers before retiring.