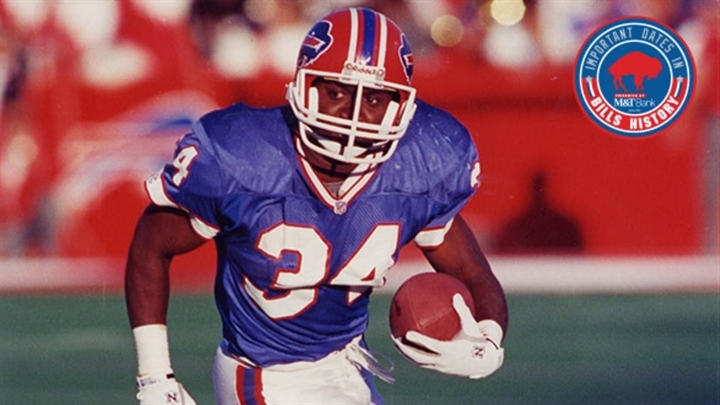 For Thurman Thomas, the road to Canton ran through Willowridge, where he began a 20-year career of making defenders miss. As a junior in 1982, he racked up 1,556 rushing yards in guiding the Eagles to a 15-0 record and the Class 4A state championship. In his three prep seasons, Thomas helped Willowridge amass a 39-3 record, including a 27-game winning streak, the state title and a trip to the 4A quarterfinals as a senior. That year he also earned all-state recognition and was named Texas Player of the Year by the Houston Touchdown Club. Thomas moved on to a standout career at Oklahoma State, earning all-America honors in 1987, before joining the NFL’s Buffalo Bills. Thomas played 12 of his 13 seasons with Buffalo, helping the team reach four straight Super Bowls from 1991-94, When he retired in 2001, his 12,074 rushing yards ranked eighth on the NFL's all-time list. He was inducted into the Pro Football Hall of Fame in 2007 and the College Football Hall of Fame in 2008.