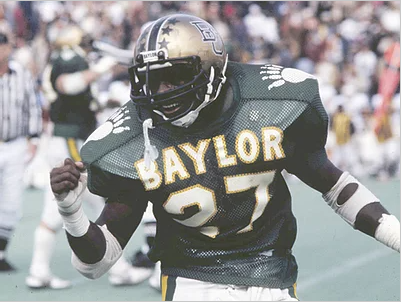 Thomas Everett played tailback and quarterback for Daingerfield and led the Tigers to a 10-1-1 record his senior year. That season Everett rushed for over 800 yards and scored 10 touchdowns. He was a two- time all-district selection and was named the offensive MVP for district 14-3A. Everett was selected to the All-East Texas Team by the LONGVIEW JOURNAL and was named the Northeast Texas Player of the Year by the TEXARKANA GAZETTE. Everett played football at Baylor where he was a two-time consensus all-American safety in 1985 and 1986. He played in the 1986 Hula Bowl before embarking on an NFL career (1987-1995) that included stints with the Pittsburgh Steelers, Dallas Cowboys and Tampa Bay Buccaneers.