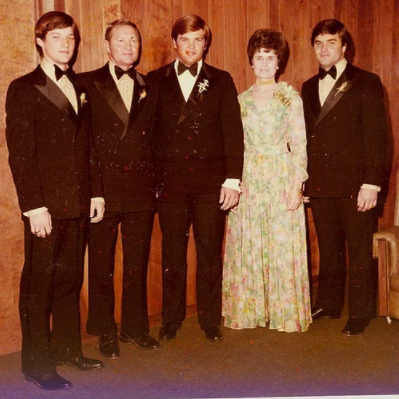 All three Southall brothers played quarterback for legendary coach Gordon Wood and the Brownwood Lions. Terry earned all-state accolades as a senior in 1962 before passing for 4,100 career yards as a three-year letterman at Baylor. Si led Brownwood to the 1967 state championship before following his older brother to Baylor and starting his last two seasons (1970-71) for the Bears. Shae quarterbacked the Lions to the state title in 1970 and a runner-up finish the next season before playing for his brother, Si, at Angelo State. Along with their father, longtime Wood assistant Morris Southall, they were honored with the Big Country Athletic Hall of Fame's Legacy Award for their contributions to Brownwood football.