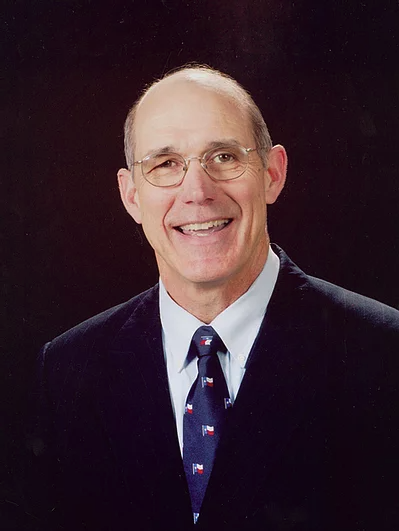 Ted Koy had a spectacular senior season leading the Bellville Brahmas to an 11-2 record and a trip to the state quarter-finals. That season Koy scored 21 touchdowns in the Brahmas Wing T offense and rushed for 1,749 yards. He averaged nine yards per carry. Koy also carried a 40.3 yard punting average. He was part of the 1965 All State Team, and was selected in Texas Football Magazine’s Super Team. Koy was selected to play in the 1966 Big 33 and Texas High School Coaches Association All Star Games. During his high school career Koy earned a total of nine letters in football, baseball & track. He lettered at the University of Texas from 1967-69. He was a starter on the Longhorn’s 1969 National Championship team that defeated Arkansas in “The Big Shootout” and Notre Dame in the 1970 Cotton Bowl. Koy is currently a veterinarian in Georgetown, Texas. His brother Ernie Jr. was inducted into the Texas High School Football Hall of Fame in 1989 and his father Ernie Sr. was inducted into the Texas Sports Hall of Fame in 1986.