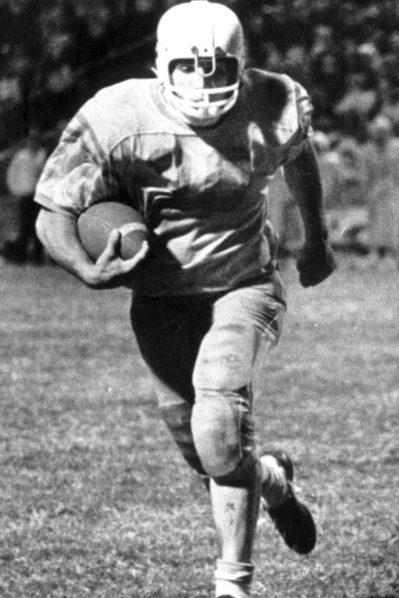 Known as “Woo Woo” Worster, this hard-nosed tailback was a force running the ball for Bridge City in the mid-60s. He gained 5,422 rushing yards in his high school career, including 2,210 as a senior in carrying the Cardinals to the Class 3A state title. He was at his best in the state final, racking up 249 yards (a title-game record at the time) as Bridge City romped over unbeaten McKinney, 30-6. Worster graduated as a three-time All-District and All-State pick, and also earned All-American honors as a senior. He enrolled at the University of Texas following high school, where he earned plenty of “Woo Woo” chants from the Longhorn faithful. The focal point of UT’s wishbone offense, Worster rushed for 2,353 yards and 36 touchdowns as Texas won 30 consecutive games and a pair of national titles from 1968-70.