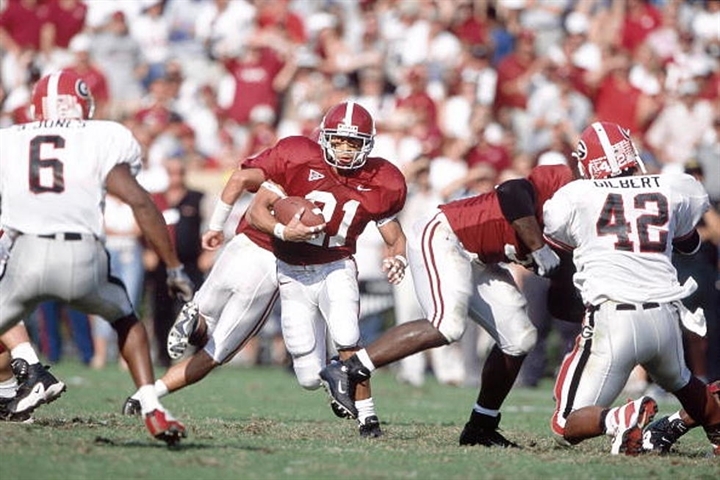 Out in west Texas, Williams proved harder to catch than a tumbleweed. A four-time all-district honoree and three-time District MVP, Williams ran for more than 2,000 yards for three consecutive seasons at Andrews. As a senior, Williams led all Class 4A rushers in Texas with 2,121 yards and 27 touchdowns and was chosen the Class 4A Player of the Year by the Associated Press. In all, he amassed 7,710 career rushing yards in high school, the 10th-best total in state history at the time. He began his college career at Texas Tech and then transferred to Alabama, where he rushed for 2,228 yards and scored 19 touchdowns. On his first carry for the Crimson Tide, Williams raced 80 yards untouched for a touchdown against Arkansas. In 2003, Williams led the SEC in rushing with 1,367 yards and was a semifinalist for the Doak Walker Award, given to the nation’s top running back. He signed as a free agent with the Buffalo Bills in 2004 and played three seasons in the NFL.