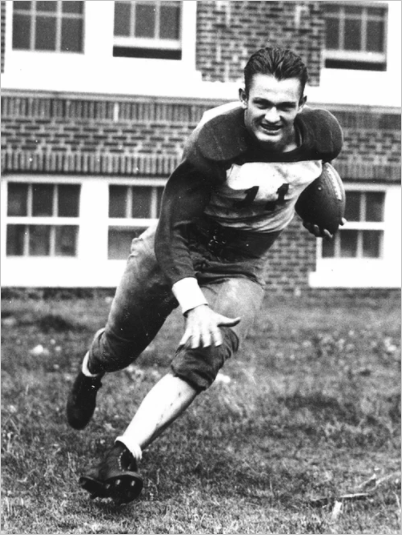 McCall was the pride of the tiny but powerful Masonic Home teams in the early 1930s. An all-state quarterback in 1931 and ’32, McCall was a fast, powerful and elusive runner and also a fine passer and kicker. He scored 25 touchdowns as a senior, when the Masons tied Corsicana, 0-0 in the state championship game. Coach Rusty Russell said McCall was “one of the truly greats of Texas High School football.” In college, he played three years for the TCU Horned Frogs and won the SWC championship in 1936. McCall also enjoyed a successful coaching career at Shamrock and Stephenville before entering the real estate business and settling in Waco, where he died in 1979.