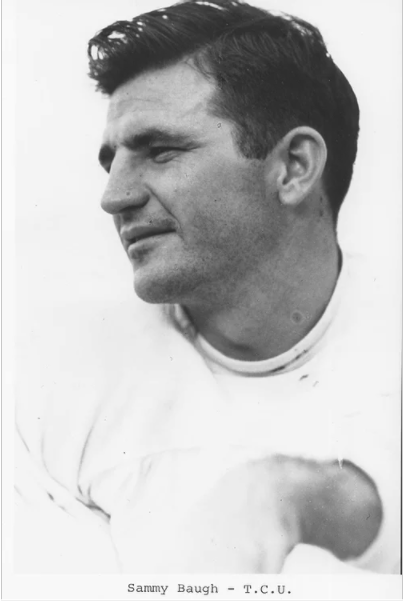 Known as "Slingin' Sammy," Baugh remains one of football's most legendary figures. After starring at Temple as a junior, Baugh's family moved to Sweetwater where he excelled as both a quarterback and punter, leading his team to a 8-1 record and a bi-district championship as a senior in 1932. As a collegian at TCU, Baugh threw for 39 TDs in three varsity seasons and led the Frogs to wins over LSU in the 1936 Sugar Bowl and over Marquette in the inaugural Cotton Bowl the following season. He finished fourth in the Heisman Trophy voting that year and was named an all-American in his last two seasons. He later became an incomparable force in the NFL with the Washington Redskins, leading the league in passing, punting and interceptions in 1943 as a two-way player. For his career, Baugh passed for more more 21,000 yards and set 13 NFL records at three positions. A charter member of the Pro Football Hall of Fame, his other honors include a place on the NFL's 75th Anniversary Team in 1994. Each fall, the nation's top college passer is awarded the Sammy Baugh Trophy. Baugh died Dec. 17, 2008, at age 94 in Rotan, Texas. 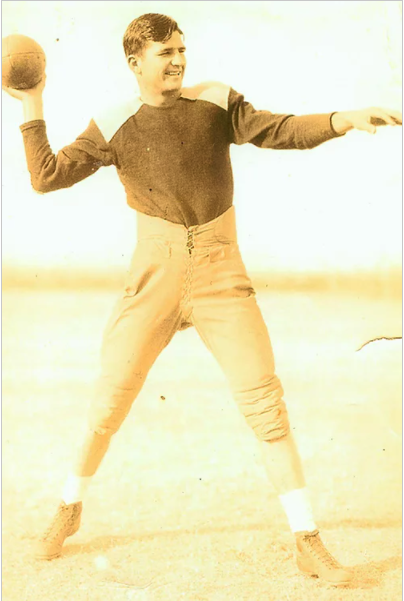 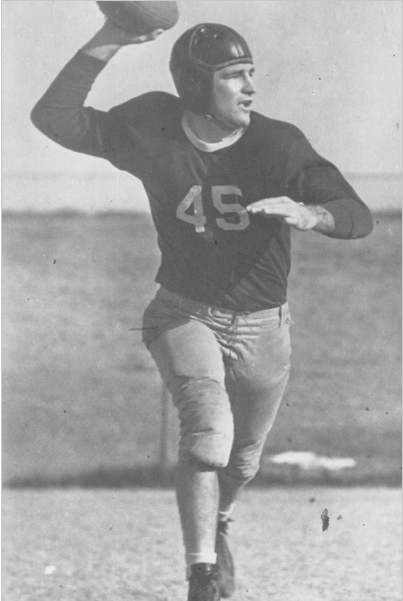