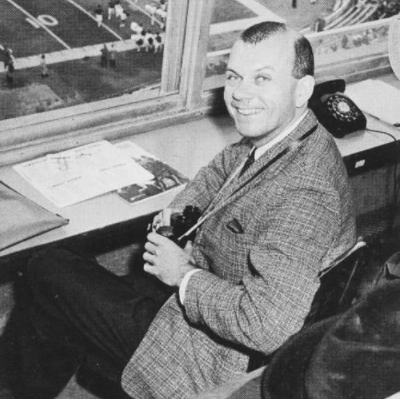 Dallas native Sam Blair is a former sports columnist and editor of THE DALLAS MORNING NEWS. He began working at the paper shortly after graduation from the University of Texas in 1954, and covered the city's original pro football teams -- the NFL's Cowboys and the AFL's Texans -- from 1960-62. He later became a beat writer and columnist covering the Cowboys and Houston Oilers. Blair received numerous regional and national awards for his football, baseball and golf writing. In 1984, Blair selected the All-Time Metroplex High School Football Team for the MORNING NEWS. His books include DALLAS COWBOYS, PRO OR CON? A COMPLETE HISTORY (1970), STAUBACH: FIRST DOWN, LIFETIME TO GO (1974), I BELIEVE, with Grant Teaff  (1975), EARL CAMPBELL: THE DRIVING FORCE (1980), THEY CALL ME SUPERMEX: THE AUTOBIOGRAPHY OF LEE TREVINO (1982), REFLECTIONS, with Bob Lilly (1983), THE SNAKE IN THE SANDTRAP, with Lee Trevino (1985), AGGIES HANDBOOK (1996) and MERLE HARMON’S STORIES (1998).