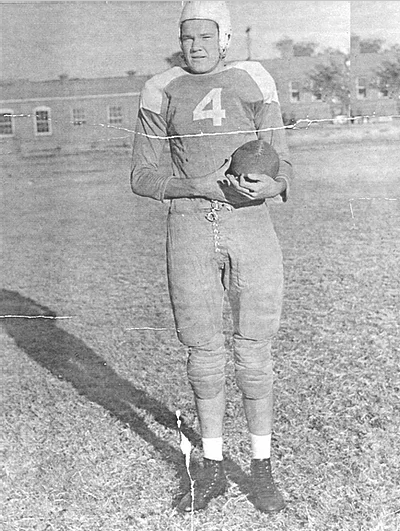 Considered one of the state’s premier ends, Coulter teamed with younger brother DeWitt Coulter to lead coach Rusty Russell’s Masonic Home squad to a perfect 9-0 regular season in 1940, when they outscored their opponents 142-6 before being disqualified from the playoffs for using an ineligible player.. In a 7-6 win over Fort Worth Poly, he recovered a fumble to set up the Masons’ only touchdown and then kicked the decisive extra point. He also was dominant in the North’s 14-0 win in the coaches’ all-star game, finishing the day’s scoring by tackling a South runner for a safety. He played briefly at SMU before an injury and military service ended his football career. Coulter died on June 16, 1994, at age 72.