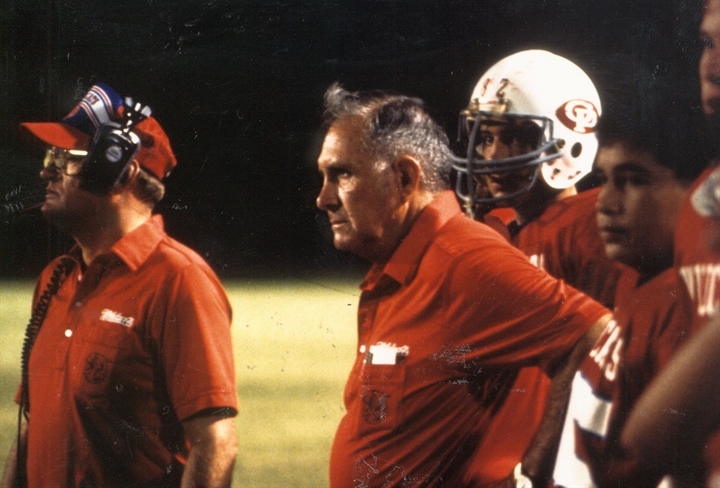 Akins joins son, Marty Akins, to complete the first father-son combination in the Texas High School Football Hall of Fame.  Marty, a 1987 inductee, was one of 38 all-state picks to play for Akins in a coaching career that spanned parts of four decades at Lometa, Goldthwaite, Tomball, Tidehaven, Freer and Gregory-Portland. His career mark of 293-102-15, which included a 208-51-7 record in 23 years at Gregory-Portland, is among the best in Texas high school football history. At Gregory-Portland, Akins led the Wildcats to a state-record 12 consecutive district titles and a trip to the state finals in 1971. Akins downplayed his record, saying, "A measure of man is how others respect him,” and he was respected by generations of players. 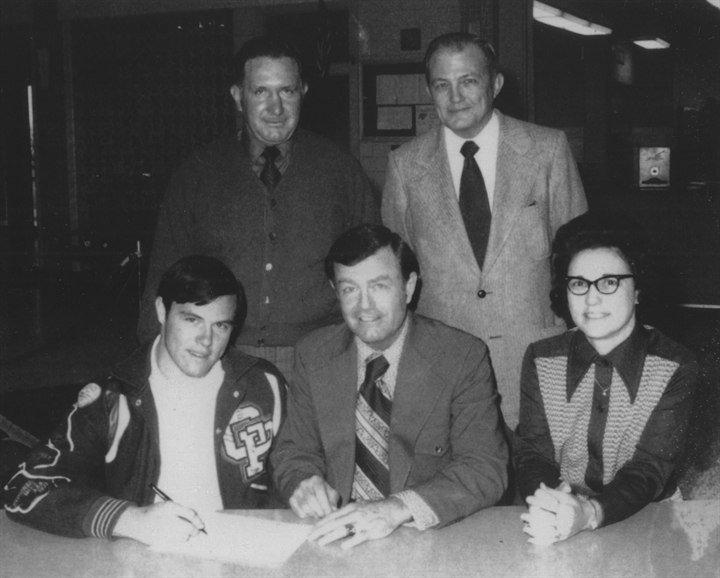 Sunday brunch: The legacy of Ray Akins in coaching and family