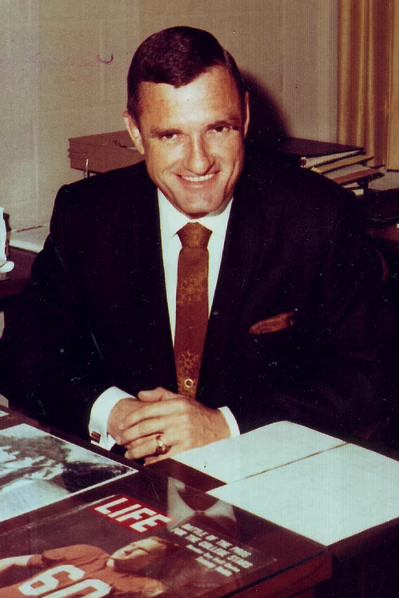 Pat Shannon, San Antonio Jefferson: Having coached more athletes who played in the Texas High School Coached All-Star Football Game than any other coach in San Antonio, Shannon began his career in 1943 at Emerson Junior High School. He won the city title, then later moved on to San Antonio Tech, and then Edison High School. From 1951-55 at Edison, Shannon’s team compiled the best record of any Class 3A school in Texas, including two undefeated 10-0 seasons. His success followed him to Jefferson High School in 1956, where his teams were state contenders into the early 1960s. During his nine seasons at Jefferson, Shannon coached 72 athletes who earned college scholarships. Four of his players went on to play on the 1963 Texas Longhorn team that won the national championship, prompting legendary University of Texas coach Darrel Royal to send Shannon a letter of gratitude. In 1969, Shannon was honored with the Henry Frnka Distinguished Service Award for his contributions to high school coaching. He was also inducted into the Texas High School Coached Association’s Hall of Honor in 1972. Shannon retired in 1990 after 50 years in education and high school athletics.