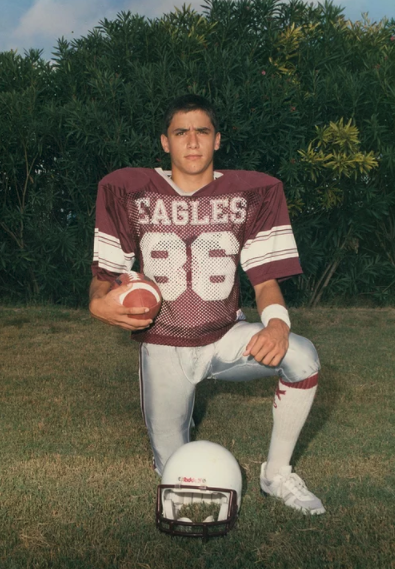 Valdez was one of the most prolific receivers in Texas schoolboy history, despite playing before the widespread popularity in schoolboy circles of today's wide-open passing attacks. In three years at Mission, he caught 252 passes for 3,726 yards -- both all-class records in Texas at the time. As a junior in 1987, he snagged 104 receptions for 1,612 yards and 15 touchdowns to earn all-state honors for a Mission team that scored 54 TDs. He added another 16 TDs as a senior, and set a school record with 14 catches against McAllen Memorial. Considered one of the top four receiver recruits in Texas and a Super Prep All-American, he signed with BYU and had 38 receptions for 520 yards and 6 TDs before a broken collarbone on a TD catch as a junior effectively ended his career.