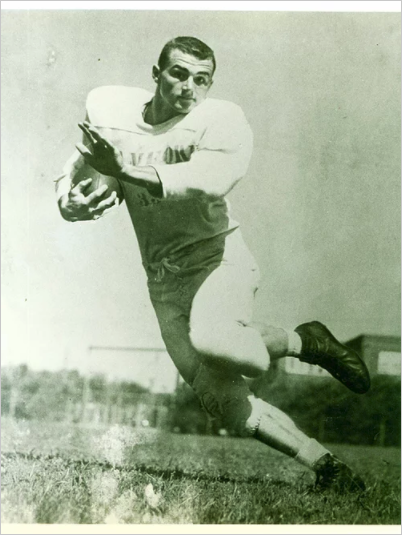 Mike McClellan was born and raised in Stamford, where he led the Bulldogs to back-to-back state titles in 1955-56 and a 39-1 record in three seasons under legendary coach Gordon Wood. “Mike McClellan was the most explosive ballcarrier who ever played for me,” Wood later said. McClellan went on to star at Oklahoma, where his 74-yard run off a trick play sparked a `4-8 win over Army. McClellan led OU in interceptions (3) in 1959, scoring (30 points) in 1960 and rushing (508 yards) in 1961. Drafted as a junior by the San Francisco 49ers, he was traded to Philadelphia and spent two seasons in the NFL playing cornerback befored retiring from the game in 1963.