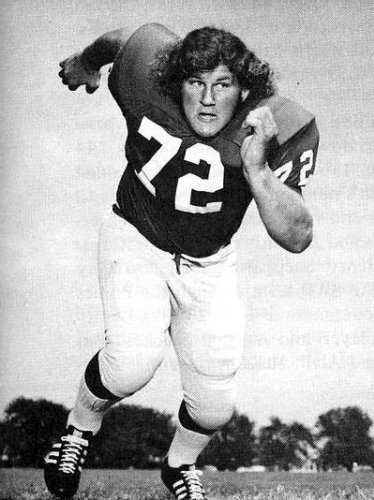 Although Beaumont French didn’t make the playoffs, Louie Kelcher made the all-district team and his play attracted plenty of attention from college scouts. Kelcher had a stellar career at SMU (1971-74) where he was a two time all-SWC pick (1972/74), and was named SWC Defensive Player of the Year and an all-American after his 22-sack senior season.He was also selected to play in the Senior Bowl, Hula Bowl and the Blue-Gray Game. Kelcher played defensive line for the NFL's San Diego Chargers from 1975-83, helping them win AFC West titles in 1979-81 and playing in three Pro Bowls (1977-78-80). He also earned a ring with the Super Bowl champion San Francisco 49ers in 1985. A five-time team captain for the Chargers, he was one of the most popular players in franchise history and in 2003 he became the 31st member of the Chargers Hall of Fame.