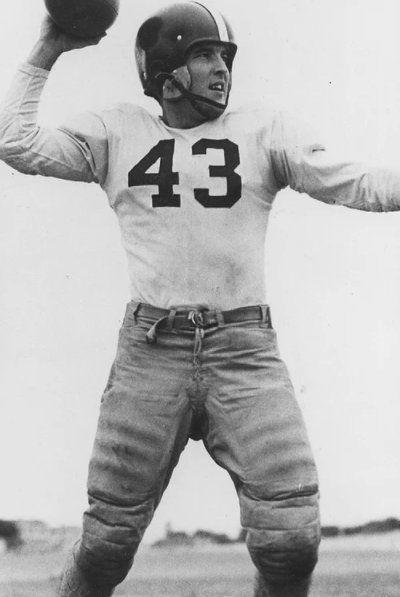 Berry was an all-state back and two-time all-district performer for Wichita Falls. After leading the Eagles to the district title and an 8-3 record as a junior in 1944, he was named statewide player of the year as a senior after guiding Wichita Falls (11-1-1) to the state semifinals, where they suffered their only loss to eventual state champion Highland Park. Berry was selected to play on the 1946 Oil Bowl squad that defeated the Oklahoma all-stars, 37-0. At TCU. Berry was a two-time consensus All-SWC back (1948-49) who led the nation in punt returns as a sophomore, was fourth in total offense as a junior and third as a senior. Berry was also named an all-American in 1949 and played in the 1950 East-West Shrine Game. He held the school record for all-purpose yardage (4,063) for 38 years before Tony Jeffery surpassed his total in 1987. Berry played professionally in the Canadian Football League with the Edmonton Eskimos and in 1950 was named Outstanding Player in the Western Division.