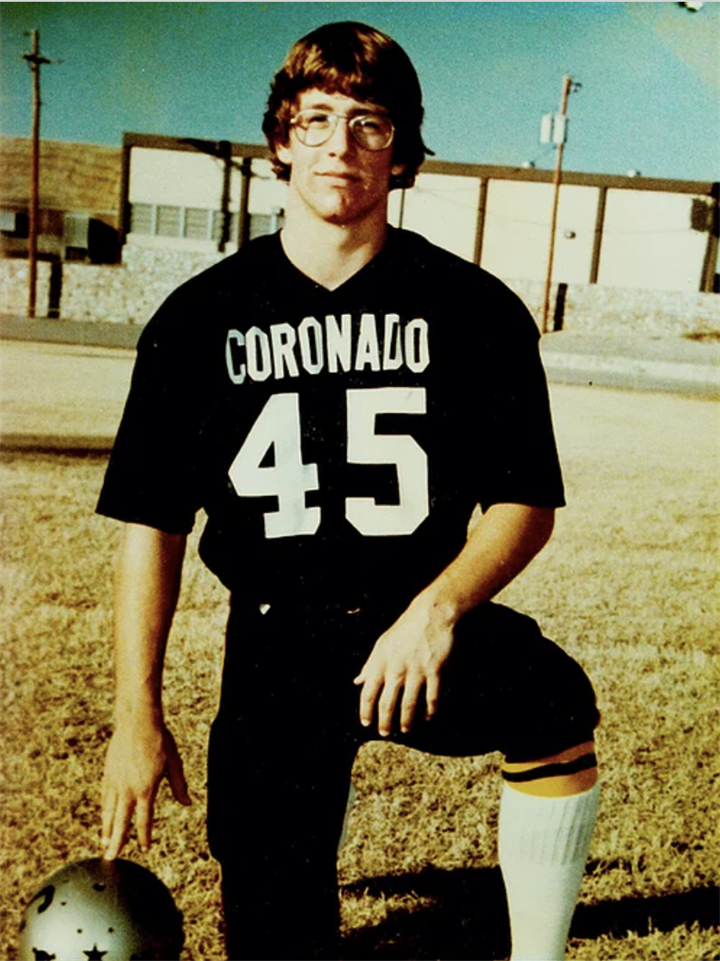 One of the most decorated El Paso schoolboy athletes in its history, Taylor earned All-America honors from PARADE, PREP and SCHOLASTIC COACH magazines. As a hard-hitting linebacker for Coronado, Taylor also was named the state’s outstanding defensive player and most valuable amateur athlete in El Paso in 1975. He was also named the defensive MVP of the 1976 Oil Bowl Classic all-star game. Taylor lettered for four years at Texas (1976-79), playing as a freshman for coach Darrell Royal’s final team. He earned all-SWC honors at middle linebacker as a sophomore and junior before an injury cut short his senior season, and was named to Texas Football's SWC all-decade team for the 1970s. He was the leading tackler on the undefeated and top-ranked 1977 Longhorn squad that lost to Notre Dame in the Cotton Bowl