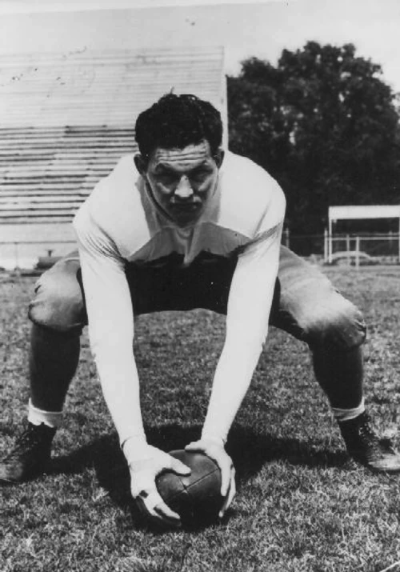 “Tuffy” was an all-state center and linebacker in 1935, when he led the Coyotes to the state semifinals. In a 6-0 win over Sherman, Whitlow scored the only touchdown on a 70-yard mid-air fumble return. That year, he also scored three touchdowns on interceptions, one on an intercepted lateral and one on a blocked punt. He was a three-year letterman for Rice coach Jess Neely, starting a tradition of great centers for the Owls, and was named the SWC’s Outstanding Defensive Player by the Houston Post. An assistant coach with Bear Bryant at Maryland and Kentucky, Whitlow died in 1969 of leukemia.