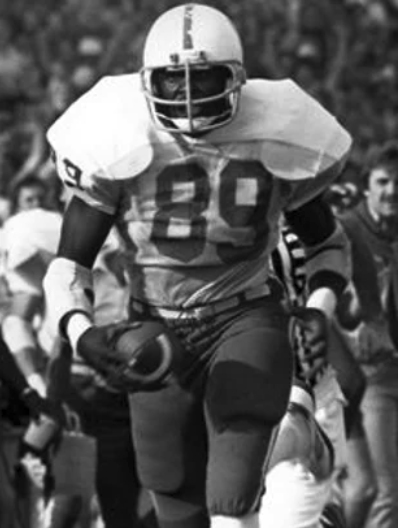 Dominant on both sides of the ball, the 6-4, 220-pound defensive end/tight end was named to TEXAS FOOTBALL’s Super Team in 1975 and rated the state’s top receiver recruit. Miller signed with Nebraska, where he was a two-time all-Big 8 first-team selection and a consensus all-American in 1979. He ended his college career with 61 catches for 1,196 yards and 13 touchdowns, totals surpassed at the time only by Heisman winner Johnny Rogers among all Nebraska receivers. Selected seventh overall by Atlanta in the 1980 NFL Draft, Miller spent five seasons in the NFL with the Falcons and New Orleans Saints, including Pro Bowl seasons in 1980-81. He finished with 122 catches for 1,409 yards and 14 TDs.