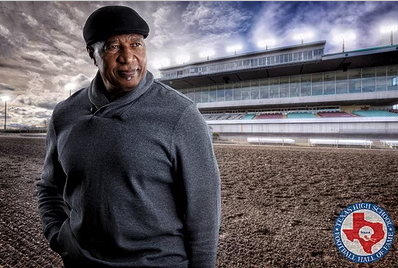 Junior Coffey was an all-state football and basketball selection who was one of the first players to break the color barrier in Texas. As a junior during the 1959 football season, 6’1” , 200 pound Coffey led the Bobcats with 1,294 rushing yards on 165 carries and also led the defense with 185 tackles at linebacker. As a senior in 1960, he rushed for 1,562 yards in 11 games to lead Dimmitt to the 2A playoffs. In the 1960 bi-district playoff game against Olton, Coffey carried the ball 34 times for 253 yards and scored both Dimmitt touchdowns despite leg cramps as the Bobcats fell 15-12. Coffey became an all-state performer for the Bobcats in football and basketball in the 1960-61 school year. During the 1959-60 season, he became the first black athlete ever to play in a Texas UIL state basketball tournament. Coffey attended the University of Washington (1962-1964) where he was a three-time All-Coast selection and was tabbed Honorable Mention All-American all three seasons. He finished his career as the second-leading ground gainer in school history. Coffey was drafted by the Green Bay Packers in the seventh round of the 1965 NFL draft, and he played on the Packers' championship team of 1965. He also played with the Atlanta Falcons from 1966-1969, where he averaged 4.0 yards per carry. He finished his career with the New York Giants in 1971, compiling career totals of 2,037 rushing yards on 500 carries, 487 receiving yards on 64 receptions and 15 touchdowns. Coffey is currently a thoroughbred racehorse trainer.