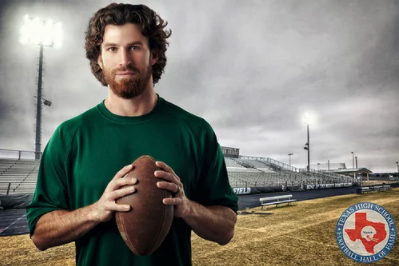 Shipley ended his career as Texas' all-class career leader in receptions (264), receiving yards (5,424) and receiving TDs (73). The 6-foot, 170-pound wide receiver with 4.4 speed led Burnet to a 28-2 record and back-to-back state championship games in 2002 &2003. Shipley earned Class 3A Offensive Player of Year and two-way all-state honors (WR/DB) both seasons. At Burnet he accounted for TDs by passing, rushing, receiving, interception and kickoff returns. In his first varsity game, as a freshman at Class A Rotan, Shipley had 454 all-purpose yards and returned three punts for scores. Shipley was selected to the Texas Football Super Team, participated in U.S. Army All-American Bowl before signing with the University of Texas, where he and Colt McCoy became one of the most prolific passing combos in school history. He set Longhorn records for most receptions in a game (15), season (116) and career (248); while also setting records for most yards in a game (273) and season (1,485), and most TD receptions in a season (13). He was First Team All-Big 12 and a consensus All-American in 2009. Taken in the third round of the NFL Draft by Cincinnati, Shipley had 52 catches for 600 yards and three TDs as a rookie. His career was cut short by a torn ACL in 2011. He currently is a Co-Host for The Bucks of Tecomate and Tecomate Whitetail Nation TV shows on the Outdoor Channel.