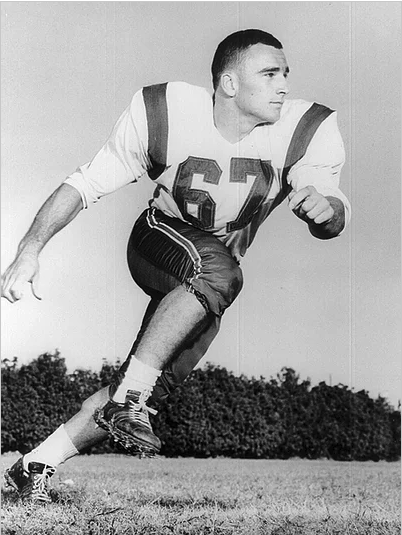 LaGrone was a two-time all-state defensive tackle and left tackle at Borger. He led the Bulldogs to a 31-5 record in his three varsity seasons, including three district championships and a berth in the 1962 4A title game (a 30-26 loss to San Antonio Brackenridge). He was selected to play in the 1963 THSCA All-Star Game and earned Most Valuable Lineman honors. LaGrone continued his career at SMU, earning All-SWC honors three times from 1964-1966. The Mustangs won the 1966 SWC championship and earned a trip to the Cotton Bowl. In Lagrone's senior season, he became the first player in SMU history to make all-America (consensus) and Academic all-American teams in the same year. LaGrone played in the Canadian Football League from 1967-1974 with the Edmonton Eskimos and was the CFL’s Most Outstanding Lineman in 1969. In 1970 he was selected to TEXAS FOOTBALL MAGAZINE’s Schoolboy All-Decade Team and SWC Defensive Team for the 1960s. He was named to the Edmonton Eskimo Wall of Fame in 1988. 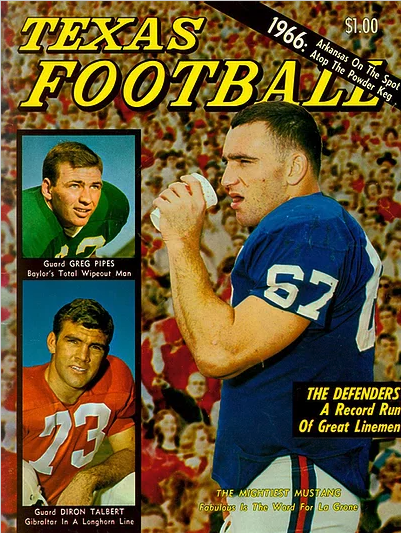