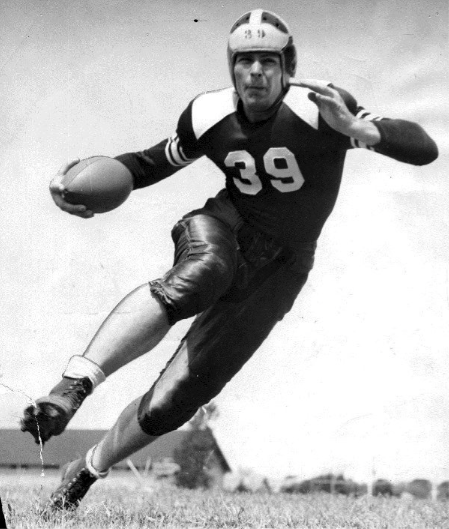 In 1936 Kimbrough led Dewey Mayhew’s Abilene team to a district title and a 34-7 playoff win over El Paso before falling to eventual state championship Amarillo. “Jarrin” John Kimbrough continued his career at Texas A&M University where he was named to the All-American team in 1939 and 1940. He led the Aggies to a national championship in 1939 and took them within one victory of a repeat in 1940 when the Aggies shared the Southwest Conference title. After graduation, he entered the military and served in World War II. Following the war, he played professional football for three seasons (1946-1948) with the Los Angeles Dons. Kimbrough was inducted into the College Football Hall of Fame in 1954 and the Texas Sports Hall of Fame in 1958. 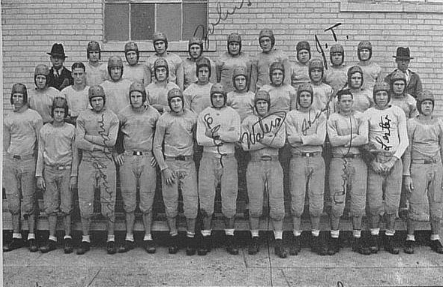 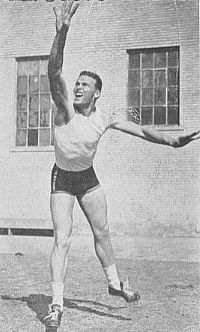 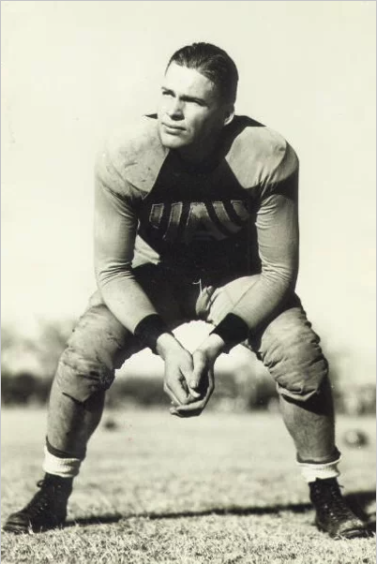 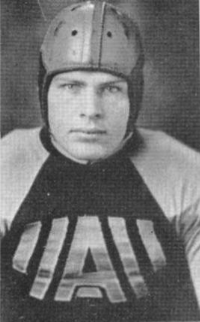