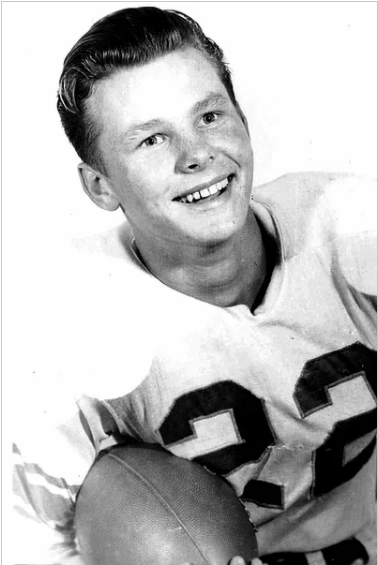 Kelley had an outstanding career for Mineola in the late 1940s. As a 16 year-old senior he rushed for 1,461 yards on only 144 carries (10.1 average) and was named to the all-state team after leading the Yellow Jackets to the 1A quarterfinals, where they lost to Garland on penetrations. Amazingly, Kelley almost single-handedly outscored Mineola’s competition, which tallied 139 to his 137. He was selected to play in the 1950 East Texas All-Star Game in Tyler and earned the Outstanding Back Award when he rushed for 99 yards and scored the winning touchdown in the North's 7-6 victory. Kelley was also an accomplished boxer and was the first person to compete in the Texas Golden Gloves Tournament in three different weight classifications. Kelley’s promising football career at SMU ended prematurely when he suffered a severe back injury. He has served as a board member for the Houston Touchdown Club for almost 40 years.