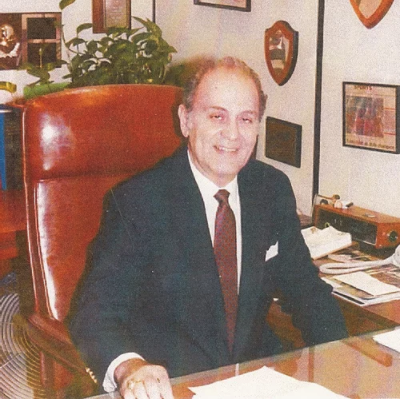 Joe Tusa was a standout receiver and defensive end for Houston Reagan in the mid-1940s, and after a short stint in the Navy during World War II continued his football career at Rice and the University of Houston. He earned a Masters at UH before returning to Reagan as an assistant football coach. Tusa went on to coach almost every sport at the school, but is best known for leading the Bulldogs to back-to-back state quarterfinal appearances in 1958-59 -- their last district football crowns for the next 45 years. He left Reagan in 1960 to become an assistant principal at just-opened Houston Waltrip, then in 1965 was named athletic director of the Houston Independent School District. During his 24-year tenure, Tusa helped manage the desegregation of Houston public schools in the 1960s, spearheaded the expansion of girls' athletics in the 70s and oversaw the rapid growth of one of the nation's largest school districts. He also helped establish the Texas High School Athletic Directors Association, and in 1974 served as president of the national organization of high school ADs. In 2012, the HISD renamed Delmar Stadium and its northside sports complex in Tusa's honor.