Boring led Dallas Sunset to a state championship in 1950, capping a 9-2 season with a 14-6 win over Houston Reagan in the final. The senior quarterback was named second-team all-state by Texas sportswriters in the UIL's "City Conference." A great all-around athlete, Boring became a three-sport star at Texas A&M, where he was a consensus all-SWC safety in 1953 en route to setting the Aggies' career interceptions record with 11. He was also captain of both the basketball and baseball teams, leading the SWC in homers in 1954 (8) and going on to play two years of pro ball in the New York Giants' farm system. Boring went on to coach football at Nederland, Sherman, Garland, Dallas W.T. White and Dallas Bryan Adams. He was also an assistant coach at SMU (1969-71) and later served as a Dallas Cowboys scout. 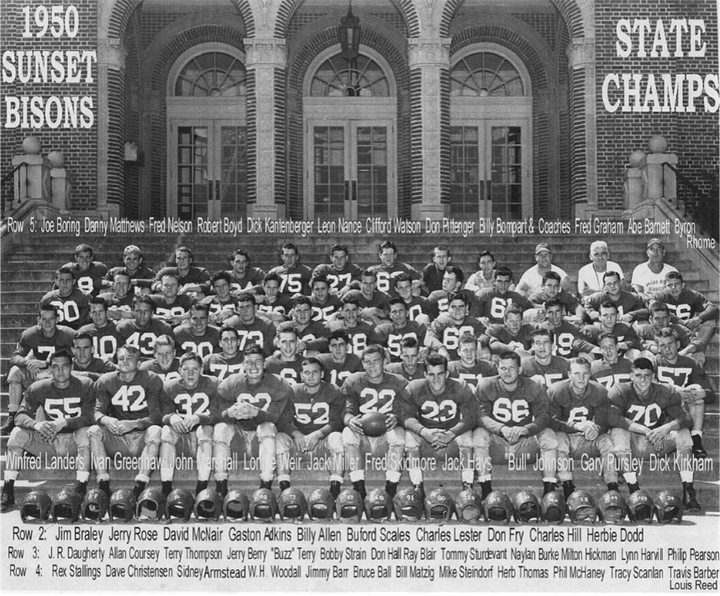