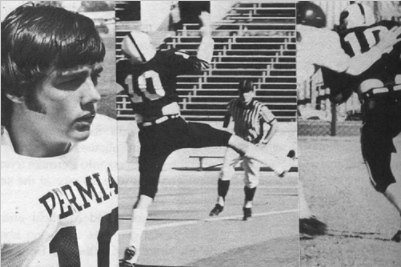 “He’s a great football player and can do it all,” legendary coach Gil Bartosh said of Bizzell, who intercepted 16 passes as a sophomore for 4A state finalist Odessa Permian to earn the first of four all-state awards. The 5-8, 145-pounder quarterbacked Permian defenses that posted 14 shutouts and gave up less than nine points per game during his three years as a starter. As a senior in 1972, he caught 28 passes for 478 yards, including six for 126 yards and a TD in a 37-7 win over Baytown Sterling in the 4A championship game, to finish off a 14-0 season. Bizzell earned first-team all-state honors at both receiver and defensive back that year, capping a career in which Permian won 37 of his 39 starts. 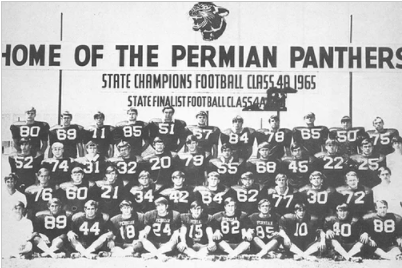