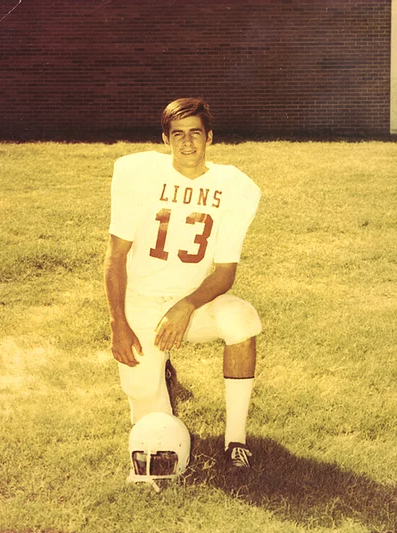 Carmichael, rated the best passer of the 1960s by TEXAS FOOTBALL MAGAZINE, threw for 2,308 yards and 28 touchdowns in 1969 to lead Brownwood to the Class 3A state championship. In a 34-16 title-clinching win over West Columbia, Carmichael completed 14 of 20 passes (including the last 10 in a row) for 225 yards and three TDs. For his three-year career, he passed for 3,585 yards and 48 touchdowns. One of the most celebrated players in Texas schoolboy history, Carmichael was named all-state and all-America and voted the outstanding high school football player in the state by the Amarillo Chamber of Commerce. A three-year letterman at Texas Tech, he led the Red Raiders in passing as a sophomore in 1971.