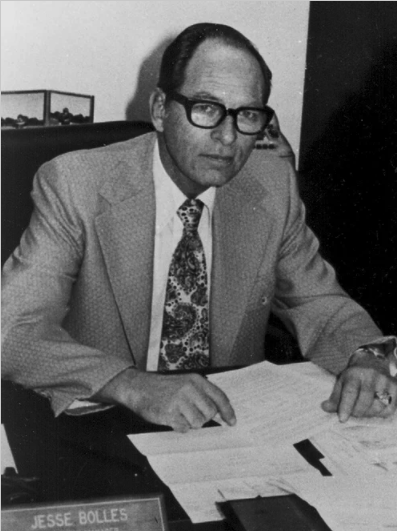 Considered by many observers to be the state's best lineman in the early 1940s, Bolles earned all-state honors at guard in 1942-43 and as a senior helped Lufkin win playoff games against Marshall, Waco and Goose Greek and post a 13-0-1 record before a 26-13 loss to San Angelo in the Class 2A title game. After completing military service, he played collegiately at Stephen F. Austin, helping SFA post a 17-5 record in 1948-49. Bolles later coached for almost two decades at Orange, Victoria, Sherman and Houston Smiley before retiring to become a school administrator.