Jerry Rhome was all-city in football, basketball, and baseball as a junior and senior at Dallas Sunset. Playing for his father, coach Byron Rhome, Jerry developed into an all-state and all-America quarterback. Rhome received over 100 college scholarship offers and played in the 1960 THSCA All-Star Game and the Big 33 All-Star Game. He was also MVP of the 1960 North-South All-America Game in Baton Rouge. At SMU (1961) Rhome led the SWC in passing and total offense before transferring to Tulsa. From 1963-1964 at Tulsa Rhome twice led the nation in passing and set 18 NCAA offensive records. His senior season he was a consensus All-American, AP Player of the Year, Heisman Trophy runner-up and won the Walter Camp Award. After playing quarterback in the NFL with the Dallas Cowboys (1965-1968), Cleveland Browns (1969)m Houston Oilers (1970) and Los Angeles Rams (1971-1972) he began coaching. Rhome served as a quarterback coach and offensive coordinator in the NFL from 1976-2000 and coached in two Super Bowls with the Washington Redskins in 1983 and 1987. He was inducted into the College Football Hall of Fame in 1998. In 2000 Rhome retired as the quarterbacks coach for the Atlanta Falcons. 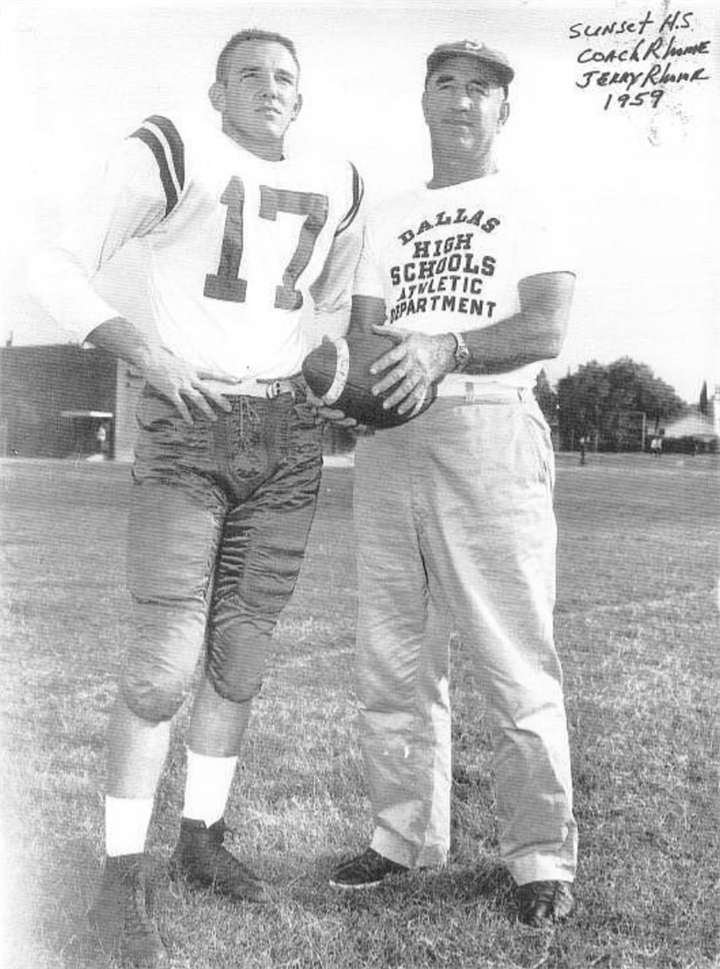 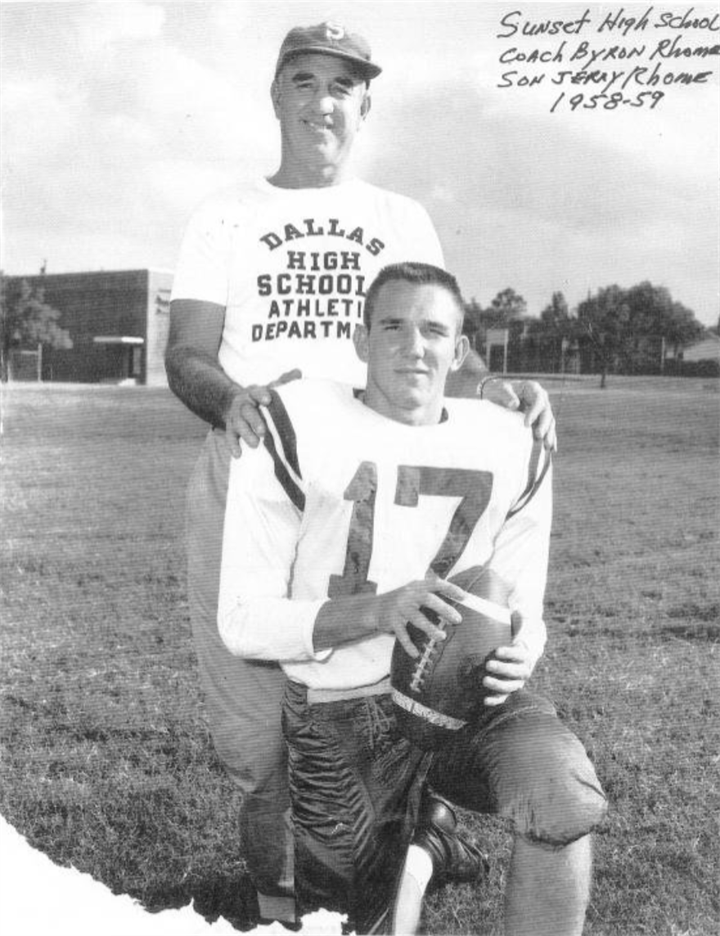 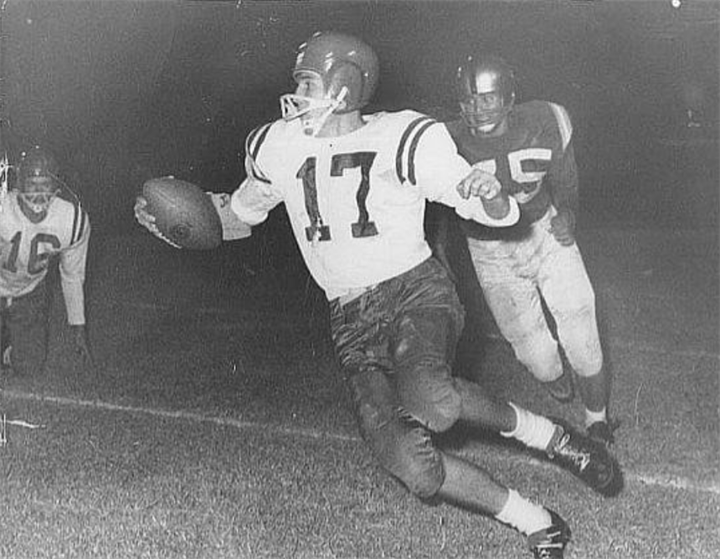 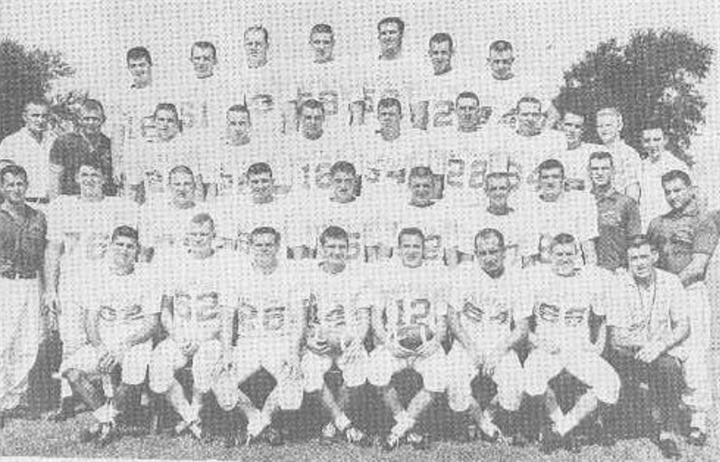 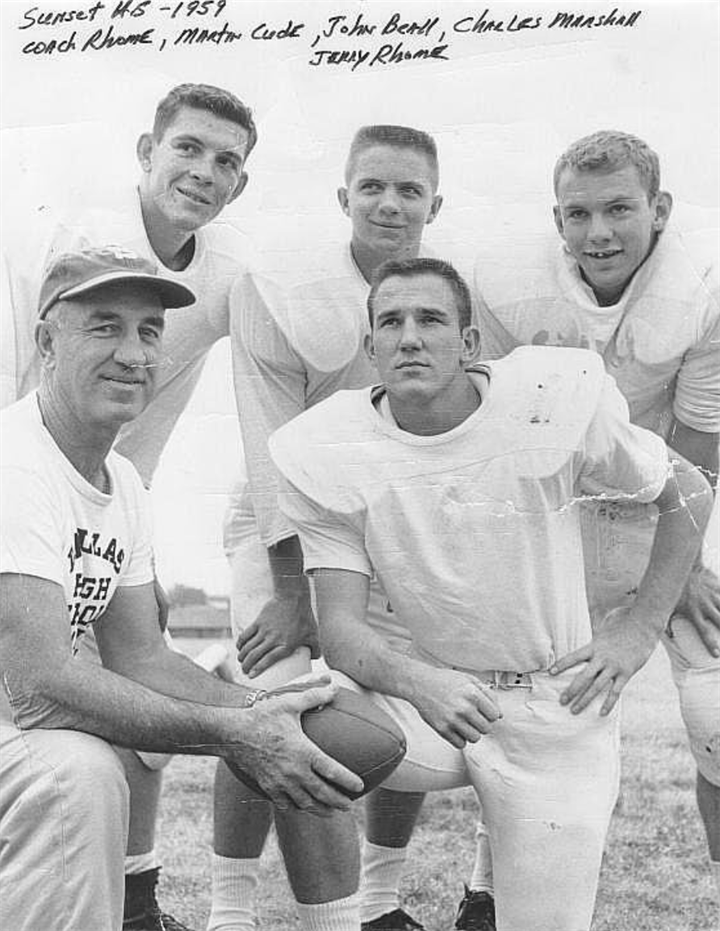 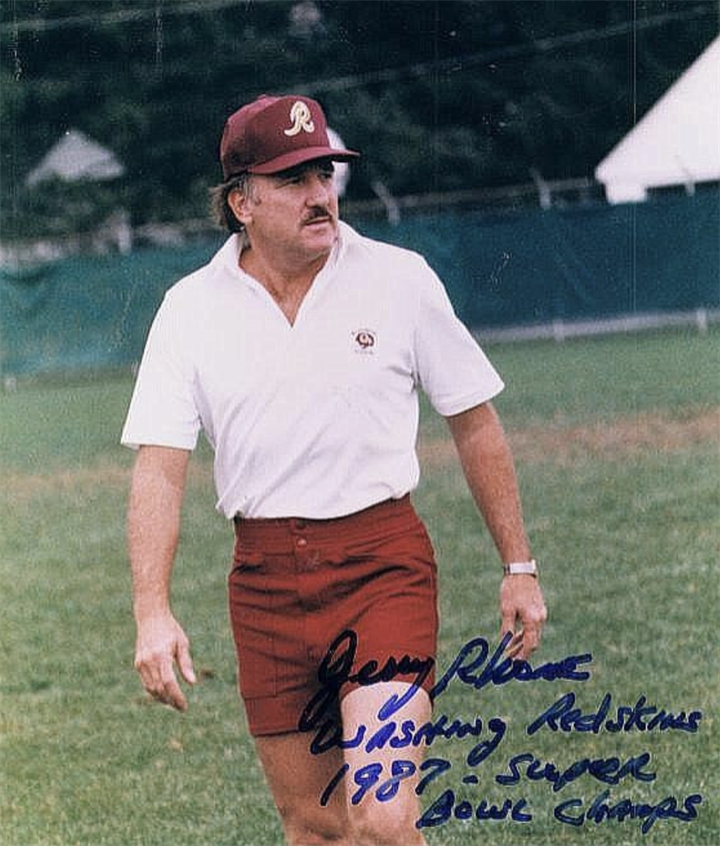