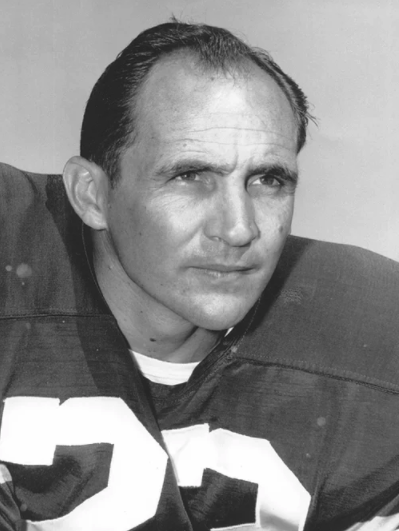 Norton was a two-time all-state dynamo who powered Texarkana’s single-wing offense in the late 1940s. As a junior in 1948, he rushed for 1,398 yards and passed for 600 to lead the Tigers to their first district title in 37 years. Texarkana advanced to the quarterfinals but lost to eventual state champion Waco. An all-around athlete, Norton participated in the Texas High School Coaches Association basketball all-star game in 1950. Norton was a standout tailback and punter at SMU (1951-53) for Rusty Russell, and was selected to play in the 1954 East -West Shrine and the College All-Star Games. In the NFL, Norton played defensive back and punted for the Philadelphia Eagles (1954-58), Chicago/St. Louis Cardinals (1959-61), Dallas Cowboys (1962) and Green Bay Packers (1963-64). He was selected to five Pro Bowls and is the only player in NFL history to intercept four passes in a game on two different occasions.